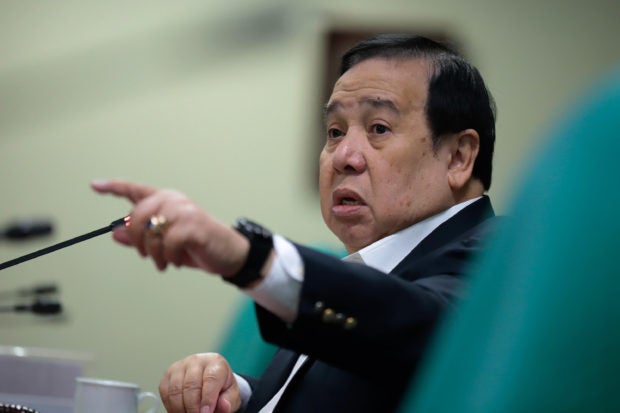 (Prove that I pocketed funds. I never pocketed anything.)

The senator confirmed that he transferred a portion of his then-PDAF to the PRC in 2010, adding that the transfer of the said funds had been allowed at the time.

(Yes, that’s true. We gave it to the DSWD. I said at that time that it was allowed at that time. For example, I will get some mangosteen from Sulu. We will put them in a C-130 plane. We will buy those goods for the right prices so that residents would have an incentive to have a decent livelihood instead of buying AK-47 rifles or steal.)

(The funds used were liquidated already and have been approved by the DSWD. COA did not flag those. It’s was back in 2010.)

READ: Duterte asks Gordon if he diverted millions of his pork barrel to Red Cross

In a taped address aired last September 20, Duterte claimed Gordon “co-mingled” P88 million of his PDAF with the PRC.

“You co-mingled it with the money of the Red Cross and of Congress and you took it. Now the money is lost forever. It cannot be accounted [for] anymore,” the President had said.

Duterte, however, admitted he did “not have the correct figure.”

Gordon surmised that Duterte is now bringing up the transfer of his PDAF years ago was due to his “anger” against the Senate.

(The problem is the President is a bit angry, well not a bit, but he’s outraged. But he should not get mad and even drag Red Cross into this. Just lash out at me.)

(We are not stealing…In fact, the international community lauds the Red Cross.)

The Senate, particularly Gordon, has been at the receiving end of backlash from the President as the chamber continues to look into the controversial purchases made by the government last year.