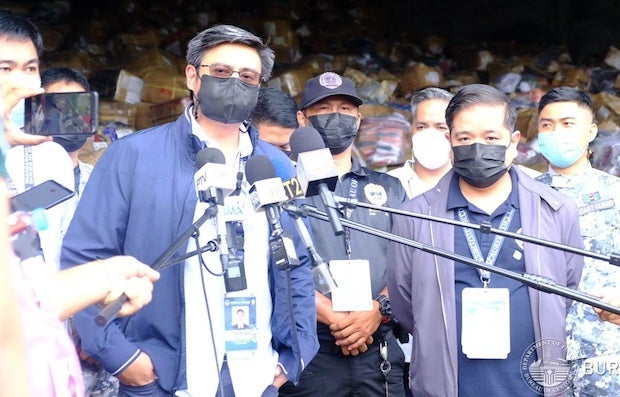 MANILA, Philippines — The Bureau of Customs at the Port of Manila (BOC-POM) started on Monday the destruction of P7 billion worth of counterfeit goods that it seized in Pasay, according to a BOC statement.

The haul was composed of various fake items such as Louis Vuitton scarfs, Crocs sandals, and Nike shoes. They were destroyed by crushing, and goods like shampoos and lotions were chemically treated to ensure that they would not harm the environment.

The destruction of the goods, which was held in a warehouse in Valenzuela, was led by Customs chief Rey Leonardo Guerrero.

Among those who attended were officials from the Port of Manila District Collector’s Office, Auction and Cargo Disposal Division (POM-ACDD), POM Law Division, and members of the Port Enforcement and Security Service (ESS) Customs Intelligence and Investigation Service (CIIS).

Also in attendance were representatives of the brand owners and the Intellectual Property Rights Division (IPRD). 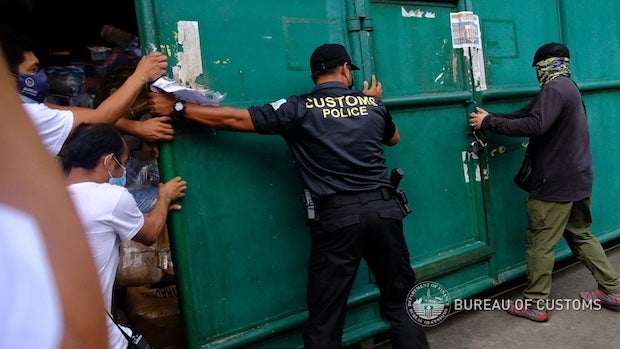 Customs police open the warehouse where the counterfeit goods were stalled. (BOC photo) 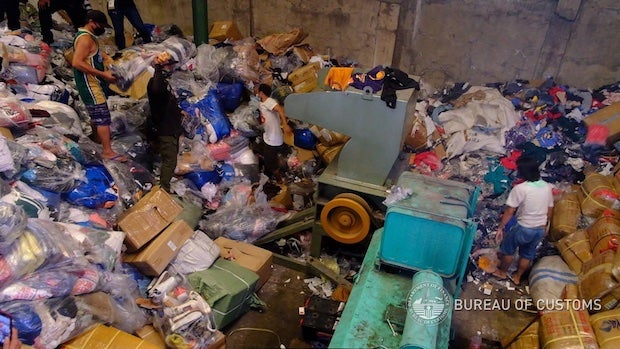 The counterfeit goods were shredded under the watch of the Bureau of Customs on Sept. 20, 2021. (BOC photo) 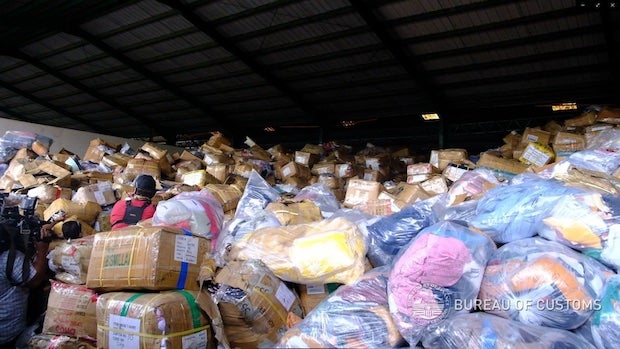 The warehouse was filled with various counterfeit goods of different brands such as Louis Vuitton and Burberry. (BOC photo)