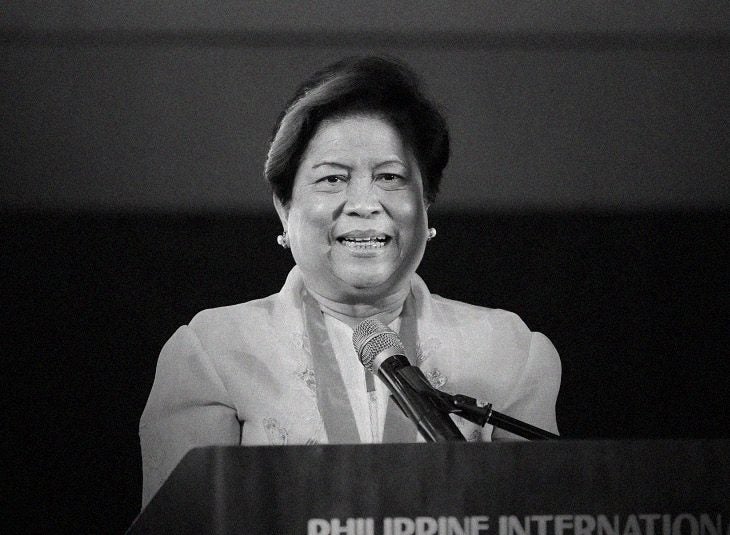 Senator Francis “Kiko” Pangilinan remembered Soliman as his classmate who tirelessly fought for others.

(Up until the end, you worked tirelessly while fighting for others. Rest in the midst of the vast and beautiful field of sunflowers in Heaven.)

(Sharon and I are very sad about your departure. You lived and loved with all your heart, shared your time, all your energy, and helped lift millions out of poverty. You enthusiastically gave everything without counting.)

Senator Richard Gordon also extended his condolences to the family of the former social welfare secretary, reiterating her work that provided humanitarian assistance to those affected by calamities.

“Sa kanyang panunungkulan bilang secretary ng DSWD, nabigyan niya ng kulay at pag-asa ang maraming nating mahihirap na kababayan (during her tenure as Secretary of the DSWD, she gave color and hope to many of our poor countrymen). I pray for the repose of her soul. Thank you for your service, Sec. Dinky!” the senator said.

Meanwhile, Senator Risa Hontiveros regarded Soliman as both a hero and a comrade who “led a life full of love, sacrifice, courage, and of course, commitment to service.”

(She spent a very long time in service because she saw the unique ability of our countrymen to overcome poverty as long as they are given the tools and opportunities.)

She then cited the Pantawid Pamilyang Pilipino Program or 4Ps as Soliman’s most fruitful legacy.

“With 4Ps, Dinky embodied the best of social work. Her legacy will always be impactful and can never be distorted by fake news,” said Hontiveros.

(Her courage in opposing corruption and human rights violations is also unmatched. Her stature as a civil society leader will be missed and will forever inspire future public servants.)

Soliman, known for her signature single-streaked hair color, made a name for herself as a civil society leader and a crusader against corruption in government. She died at the age of 68 on Sunday.