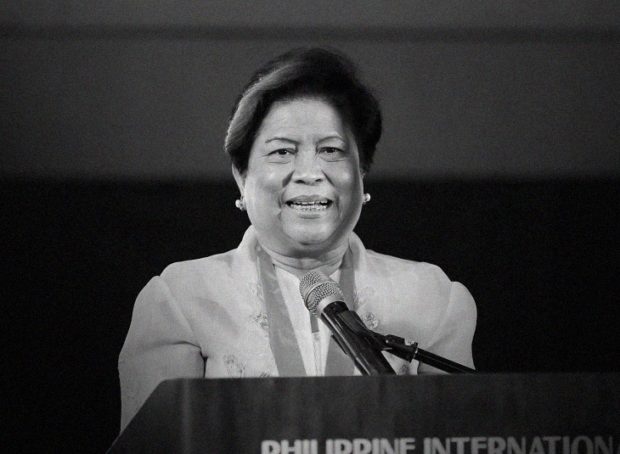 Known for her signature single-streaked hair color, Soliman made a name for herself as a civil society leader and a crusader against corruption in government.

Soliman served as secretary of the Department of Social Welfare and Development and one of the original Cabinet members under the administration of the late President Benigno Aquino III.

She also held the same post in the government of former President Gloria Macapagal-Arroyo, but resigned in 2005 in light of the Hello Garci scandal. She was among the Cabinet secretaries who resigned en mass at the time amid allegations of corruption.

Prior to her work in government, she studied Social Work and Non-Profit Management at the John F. Kennedy School of Government at the Harvard University.

Several government officials that Soliman was close with and had worked with have expressed their condolences to the bereaved family.

Robredo said it was Soliman who personally went to Naga to accompany them while the search for the remains of former Interior secretary Jesse Robredo were being searched. Jesse, the Vice President’s husband, passed away in 2012 in an aircraft accident.

Former Finance Secretary Cesar Purisima, in a Facebook post, said that he would miss his “dear friend.”

Oh no Dinky Soliman. Rest In Peace my dear friend. You will now be in eternal Sunflower bliss. We will miss you

“Rest In Peace my dear friend. You will now be in eternal Sunflower bliss. We will miss you,” Purisima said.