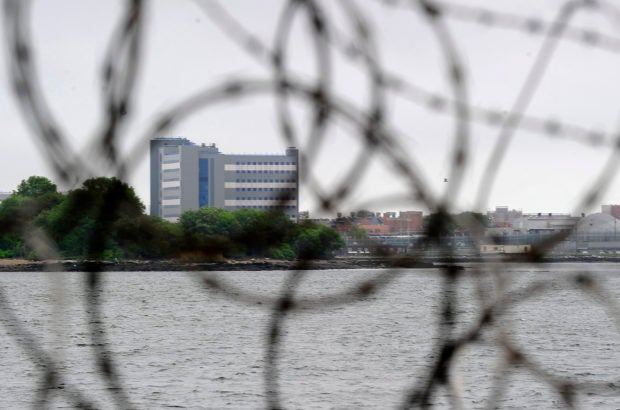 Officials who visited the high-profile jail this week, and former inmates spoken to by AFP, say conditions have worsened dramatically at the sprawling complex due to widespread staff shortages during the pandemic.

“It’s the wild, wild West in there,” said Johnny Perez, who was in and out of Rikers between 1996 and 2001 on robbery and gun possession charges.

Glenn Martin — who spent three days in Rikers, where he was stabbed four times in an attack, after a shoplifting arrest as a 16-year-old in the late 1980s — calls it a “hellhole.”

“It’s described as a gladiator school for a reason,” the 49-year-old told AFP, listing another of Rikers’ monikers: “torture island.”

Marvin Mayfield, detained for a total of 22 months over two stretches in the 1980s and 2007 for burglary, said Rikers leaves “a stain on the soul of everyone” who goes there.

The jail, which opened in 1932 and also housed John Lennon killer Mark David Chapman and the Sex Pistols’ Sid Vicious, has long had a reputation for being a hotbed of violence.

Incidents against inmates and guards have in part been blamed on its remote location in the East River between The Bronx and Queens boroughs.

But lawmakers and activists say the situation has spiraled out of control in recent months, with conditions becoming unsafe for both prisoners and officers.

They say basic sanitary needs are not being met and rates of self-harm are rising.

“What I witnessed was a humanitarian crisis. A horror house of abuse and neglect,” said New York State assemblywoman Emily Gallagher, who visited this week.

“There’s garbage everywhere, rotting food with maggots, cockroaches, worms in the showers, human feces and piss,” Gallagher tweeted, adding that broken limbs were not being treated.

New York City’s department of corrections (DOC) says nine people have died at Rikers this year, up from seven last year and three in 2019. Local media has reported 10 deaths in 2021, at least five from suicide.

The DOC has been struggling with staffing for months; posts have been unattended with inmates left to fend for themselves.

Some 2,700 guards — almost a third of the city’s entire prison force — are currently not working, some because of coronavirus which spread through US jails.

Prison officers unions say guards are overworked from triple shifts while others are recovering from the effects of Covid-19 and injuries inflicted by inmates.

They add that many are forced to stay away because conditions have become too dangerous, but officials say some are abusing an unlimited sick leave policy.

On Friday, Governor Kathy Hochul announced the immediate release of 191 inmates to help temper what she called a “volatile” situation.

The vast majority are awaiting trial. They are also overwhelmingly from Black and Hispanic communities.

Perez has made return visits for advocacy work and says the jail has not improved since his release.

In June, the DOC launched initiatives to increase staffing and safety and says it is making “every effort” to improve conditions.

Lawyers and criminologists have been calling for the prison’s closure for years, citing its age and reputation for violence.

It is due to close by 2026 under a $8.7-billion proposal by de Blasio to replace it with four smaller facilities.

But he leaves office at the end of this year. Neither Perez, Martin nor Mayfield, all now justice reform campaigners, are confident it will shut. But they say it must.