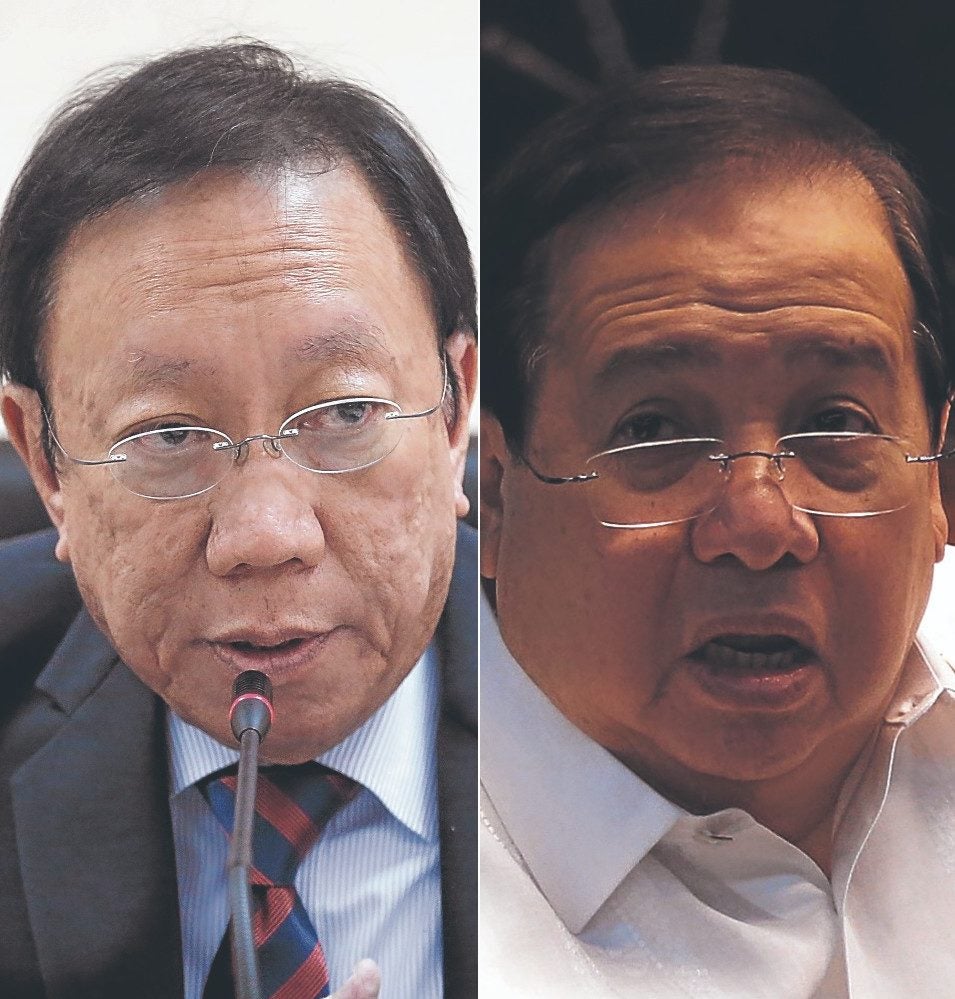 Escalating his attacks against Sen. Richard Gordon, President Duterte directed Solicitor General Jose Calida to request the Commission on Audit (COA) to examine the financial records of the Philippine Red Cross, which is headed by the lawmaker.

Duterte became critical of Gordon’s blue ribbon committee inquiry into the pandemic supplies bought by the government from an undercapitalized trading company after senators reported that these items were overpriced and the contractor was backed financially by one of the President’s longtime friends, Michael Yang.

In a public address recorded on Wednesday and aired on Thursday, Duterte said he ordered Calida to write COA chief Michael Aguinaldo to “conduct immediately” an audit of the Red Cross, describing the humanitarian organization as Gordon’s “milking cow” and calling the senator a corrupt “despot.”

Presidential spokesperson Harry Roque said “COA knows its job” and would look into the finances of the Red Cross.

But Aguinaldo earlier said the COA, a constitutionally independent body, had no jurisdiction over a private entity.

Lawyer Lorna Kapunan, who is a member of the Red Cross board of governors, had said the COA could not audit “an independent, autonomous and impartial humanitarian organization.”

“Since you received money from the government, then you must be amenable to an audit because that is the money of the Filipino people,” Duterte said, addressing Red Cross and Gordon.

The Senate is investigating a COA report on the allegedly irregular transfer of at least P42 billion in pandemic response funds from the Department of Health (DOH) to the Procurement Service of the Department of Budget and Management (PS-DBM).

The focus of the investigation has shifted to the PS-DBM’s purchases from Pharmally Pharmaceutical Corp. of supplies such as face masks, COVID-19 test kits and personal protective equipment (PPE).

Pharmally, with a capitalization of only P625,000, cornered P11.486 billion in supply contracts in 2020 and 2021. It borrowed a still undisclosed amount from Yang, a longtime Chinese friend of the President who briefly served as his economic adviser. Yang also introduced the company to his Chinese “friends” and suppliers.

Senators found that Pharmally’s test kits were sold to the government in 2020 at P1,720 each, nearly double the P925 quoted by its competitors. Its PPE was priced at P1,910 per set, more than double the prevailing market price then of P945, and its masks were P27.72 apiece, compared to P13.50 to P17.50 that were available.

At a House hearing on Wednesday, former PS-DBM officials said the company’s PPE price was “reasonable” and its masks were not overpriced as they were below the P28 ceiling set by the DOH.

The President repeated these statements.

Health Secretary Francisco Duque III on Thursday insisted that the DOH made urgent PPE procurements but they were all aboveboard.

“We couldn’t abandon our health-care workers or allow them to get sick or die just because there was a shortage of PPE supplies. The lack of available supplies is no excuse for the DOH not to provide PPE to health workers,” he said in a statement.

The procurement “followed existing laws, rules and regulations,” he added.

He pointed out that there was no COA finding of overpricing and the state auditor did not mention any funds “lost to corruption.”

In an interview with Teleradyo on Thursday, Sen. Panfilo Lacson, another critic of the Pharmally-PS-DBM deals, said the Filipino taxpayers had been victimized “quadruple” times in these transactions.

He said that the money transferred to the PS-DBM was used to buy the pandemic supplies as “common-use” items, a redefinition of what it could purchase. In addition, these were bought at more than double the cost of what was locally available then.

On top of that, the PS-DBM resold these supplies to DOH hospitals at prices higher than what it had purchased them for. Finally, patients in hospitals were charged for their disposal, he said.

While the Government Procurement Policy Board (GPPB) allowed that procurement should be “expeditious and may be directly negotiated,” it also required that transacting companies should possess legal, technical and financial capability, Lacson said.

“Wasn’t Pharmally’s capitalization P625,000 but managed to get billions of contracts. What do you call that?” he said.

The President said that during the Senate hearings, Gordon often interrupted officials trying to give explanations. In contrast the House hearing on Wednesday allowed the same officials to complete their statements and conducted “an inquiry devoid of rudeness, bias and partiality perpetrated by Gordon,” he said.

Duterte said he would allow Duque and Secretary Carlito Galvez, chief of the National Task Force Against COVID-19, to finish their testimonies in the Senate “just to allow Gordon to show more of his stupidity.”

Earlier this week, he said he would not allow Cabinet officials to be summoned just to be berated or their time wasted by the senators.

He warned that he might be forced to ignore the Senate if Gordon did not change his tack.

“I said it will come to a head and there will be trouble,” the President said.

Duterte was unfazed by Gordon’s statement that his attacks against the senators were akin to inciting to sedition.

“Do your worst, and I’ll do mine. If you sue me for sedition, I will sue you as well and I myself will be the one to apprehend you,” he said.

Over the weekend, he warned senators leading the Pharmally probe that “if you find fault in us … we will find what’s wrong with you.” —WITH REPORTS FROM MELVIN GASCON AND PATRICIA DENISE M. CHIU