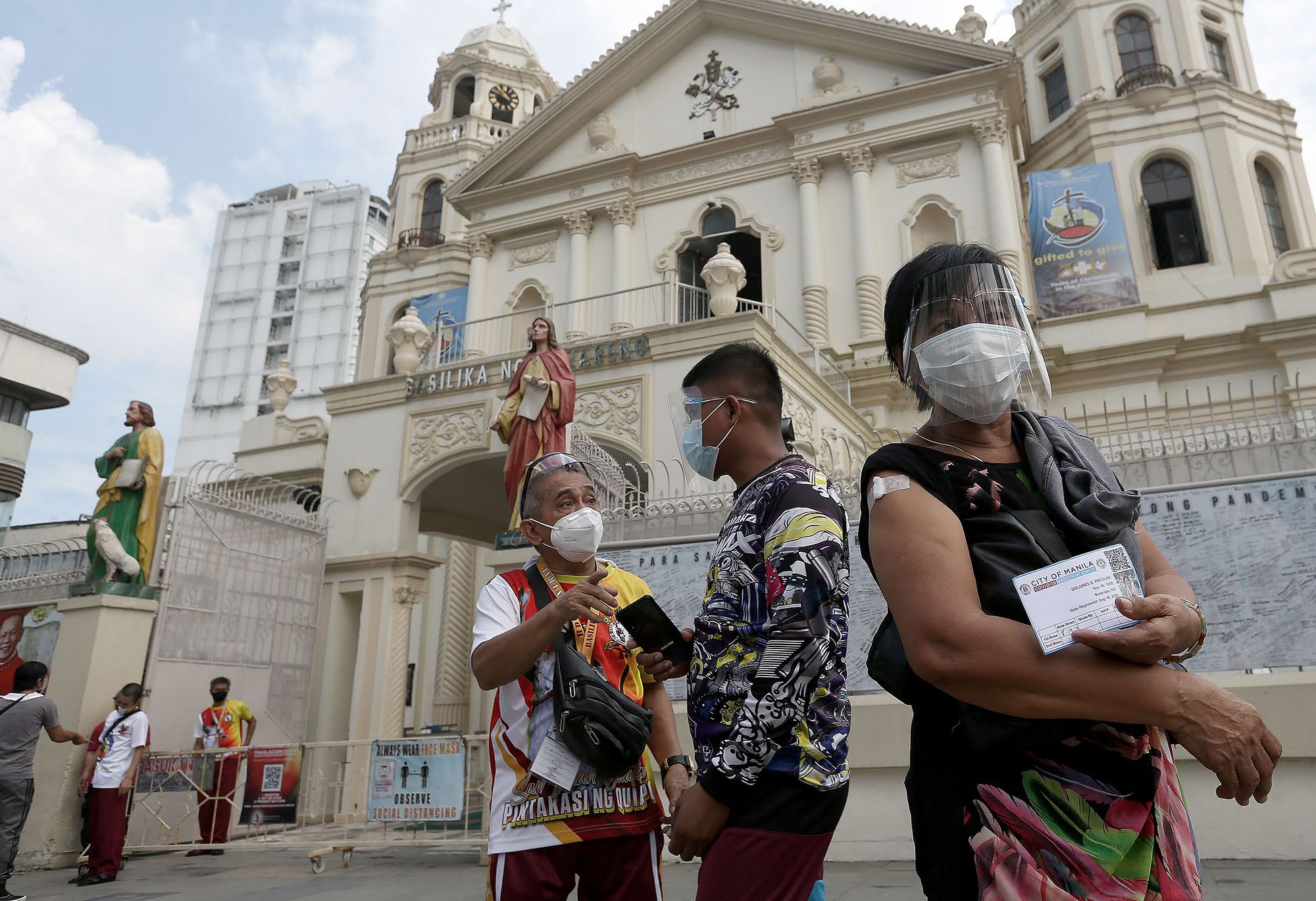 FAITHFUL’S PASS A church worker asks for a vaccination card from people who wish to go inside Quiapo Church in Manila on Thursday as a new system of pandemic restrictions takes effect. Metro Manila is under alert level 4, which limits the crowd inside religious venues to only 10 percent of their capacity. —RICHARD A. REYES

The Department of the Interior and Local Government (DILG) and the Philippine National Police called on Metro Manila residents to comply with regulations as the pilot run of a new alert level system with granular lockdowns took effect in the region starting on Thursday.

Some 57 areas in the region are currently under granular lockdown, according to the PNP, based on the latest data from the National Capital Region Police Office.

No village under the Manila Police District was under granular lockdown.

Even a single COVID case

The authority to impose granular lockdowns shall be given to the mayors, with respect to their component barangays, and subject to the concurrence of the Regional Inter-Agency Task Force for the Management of Emerging Infectious Diseases.

Even a single confirmed COVID-19 case may already prompt a local government to impose a lockdown of a house or even an entire building, according to Parañaque Mayor Edwin Olivarez, who also chairs the Metro Manila Council.

A street or a compound may be locked down if at least two cases were detected.

People in areas under lockdown shall undergo quarantine for 14 days, as the concerned local government implements mass testing, contact tracing and isolation of infected individuals.