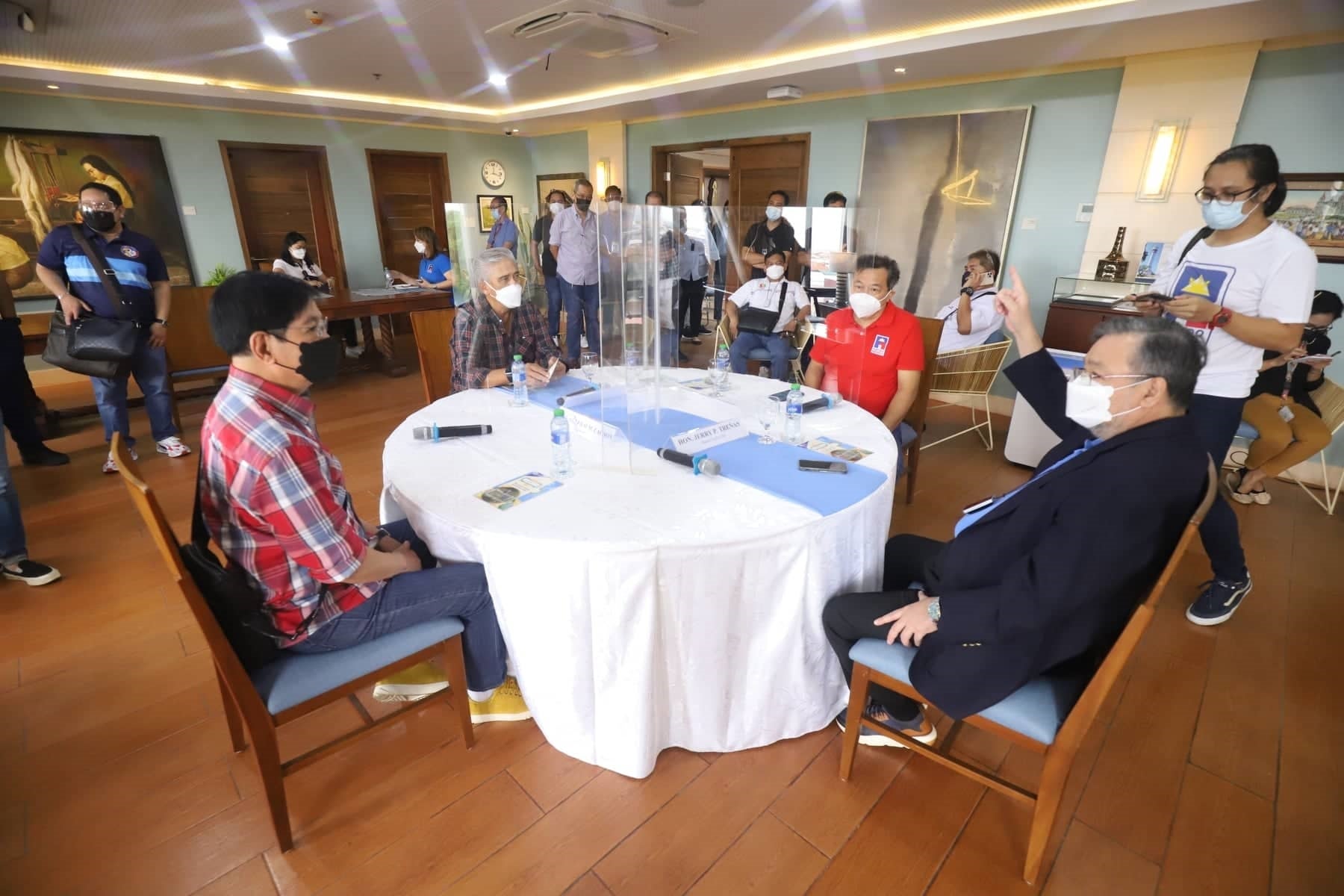 Lacson and Sotto who have announced their plan to run for president and vice president, respectively, visited the offices of Iloilo City Mayor Jerry Treñas and Iloilo Gov. Arthur Defensor Jr. before holding press conferences.

They were accompanied by former House Speaker and Davao del Norte Rep. Pantaleon Alvarez who is supporting their candidacies.

“I have to be frank and honest. We really came here to get the support of Mayor Jerry Treñas for the candidacy of Senator Ping and Senator Sotto…,” Alvarez, who was ousted as Speaker after having a falling out with the President, said.

Alvarez is president of the Partido Reporma, which is fielding Lacson and Sotto for the top two posts in next year’s national and local elections.

“We made a mistake in 2016. We must choose real leaders who can address our country’s problems,” Alvarez, who was one of Duterte’s staunchest allies, said.

Lacson and Sotto also took turns criticizing policies of the Duterte administration including the campaign on illegal drugs and response to the COVID-pandemic.

Lacson, a former chief of the Philippine National Police, cited as a “major flaw” the practice of announcing drug personalities in the drug list or “order of battle” of law enforcement agencies.

“You don’t announce it prematurely,” adding that these should only be used for intelligence-gathering purposes.

Lacson said there is an apparent “disconnect” between the policies of the national government on the pandemic and the needs of local government units.

Sotto stood pat on the Senate’s investigation on alleged irregularities in the purchase of medical equipment by the national government.

The President came in third in Iloilo province in the 2016 presidential elections next to former Interior Secretary Manuel “Mar” Roxas II and Sen. Grace Poe.

After he assumed office, he repeatedly launched tirades against Iloilo City as “most shabulized” and “bedrock” of illegal drugs.

But the news organization Vera Files had cited data from the Philippine Drug Enforcement Agency that Iloilo City ranked 51st in the 2016 list of drug-affected barangays among cities and provinces. Iloilo province was ranked 79th.

Davao City, where the President served as mayor for 22 years, was ranked 20th in the country.