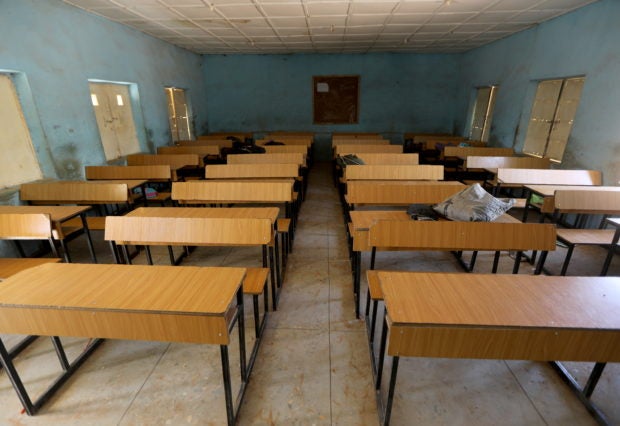 ABUJA — At least one million Nigerian children could miss school this year as the new term begins amid a rise in mass school kidnappings and insecurity, the United Nations children‘s agency UNICEF said Wednesday.

Schools have become targets for mass abductions for ransom in northern Nigeria by armed groups. Such kidnappings in Nigeria were first carried out by jihadist group Boko Haram then later its offshoot Islamic State West Africa Province, but the tactic has now been adopted by criminal gangs.

So far, there have been 20 attacks on schools in Nigeria this year, with more than 1,400 children abducted and 16 dead, UNICEF said, adding that more than 200 children are still missing.

“Learners are being cut off from their education… as families and communities remain fearful of sending children back to their classrooms due to the spate of school attacks and student abductions in Nigeria,” said Peter Hawkins, UNICEF Representative in Nigeria.

More than 37 million Nigerian children are due to start the new school year this month, UNICEF said. An estimated eight million have had to wait for more than a year for in-person learning after schools were closed due to COVID-19 lockdowns.

Several northwestern states have tried to curb the spate of abductions by banning the sale of fuel in jerry cans and the transport of firewood in trucks in order to disrupt gangs who travel by motorbike and camp in remote places.

In Abuja, Nigeria’s capital, the start of the school term has been pushed back to an unusually late date without explanation, after schools in nearby states were targeted by kidnappers seeking ransoms.