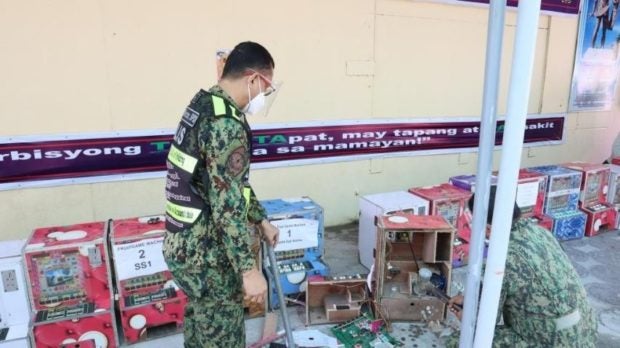 According to Southern Police District (SPD) district director Police Brig. Gen. Jimili Macaraeg, the said machines were destroyed at about 10:30 a.m. in front of the Las Piñas City police headquarters.

The 17 fruit game and video karera machines were confiscated during a police drive on illegal gambling operations by the Las Piñas Sub Stations. 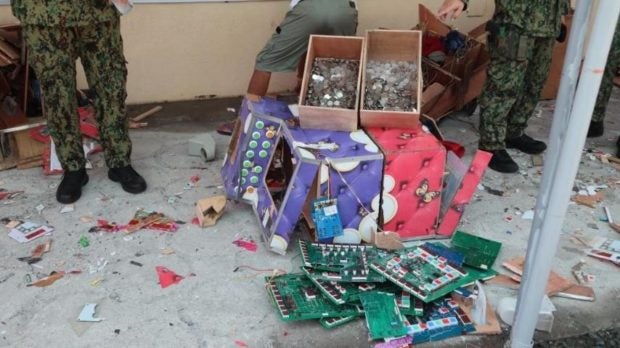 Macaraeg said that the drive was in line with the anti-illegal gambling campaign of the National Capital Region Police Office (NCRPO) and implementation of the “No Take Policy” on all forms of protection money from illegal sources to include illegal gambling activities.

The destruction of machines was also in accordance with Executive Order No. 13 directing the PNP and other law enforcement agencies to intensify the fight against illegal gambling. 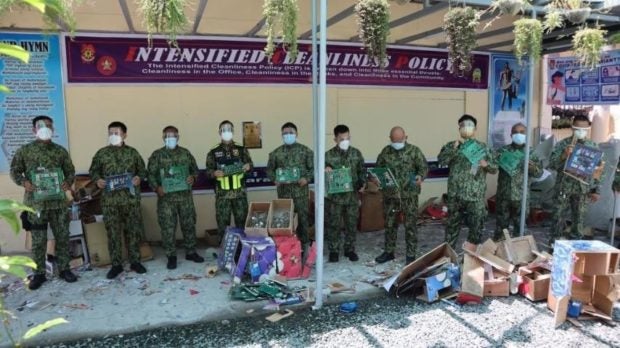 (Even in these times when our country is fighting the pandemic, the police force will continue to intensify the campaign against all forms of crime especially illegal gambling, which is causing the spread and a contributing major factor to the worsening conditions due to the threat of COVID- 19.)