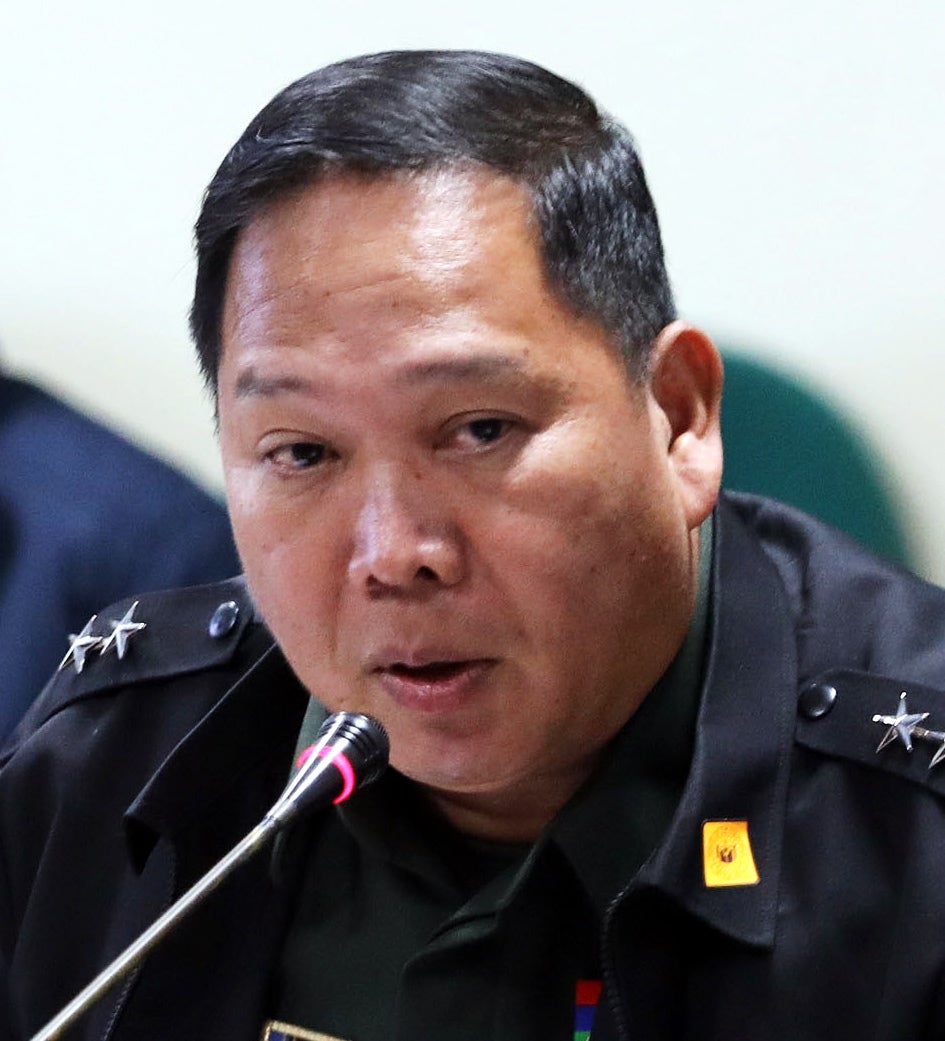 The ex-general who, as spokesperson of the anti-insurgency task force, drew controversy for Red-tagging critics of the government, has been given a key position in the National Security Council (NSC).

“Deputy Director General Parlade faithfully served the Armed Forces of the Philippines for many years until his retirement from the service. We are therefore confident that his length of fruitful service in the military would immensely contribute in the crafting of plans and policies affecting national security,” Roque said in a statement.

Parlade retired from the military in July. Prior to his retirement, he resigned as spokesperson of the National Task Force to End Local Communist Armed Conflict (NTF-Elcac).

The task force, including Parlade, came under fire for its Red-tagging—a concern that government critics said should not be ignored because suspected rebels had been killed under this administration.

Fifteen senators filed a resolution earlier this year censuring Parlade for calling the lawmakers “stupid” over a proposal to defund the NTF-Elcac.

The Senate defense committee also investigated alleged Red-tagging activities of the military and found that “unnecessary public propaganda” caused by Parlade’s remarks were “counterproductive and damaging to the organizational integrity of both the NTF-Elcac and the AFP.”

On Thursday, senators assailed the “skewed priorities” of the administration’s proposed P5-trillion budget for 2022, citing how it seeks to allot P28 billion to the NTF-Elcac but no assured funds for measures to contain the COVID-19 pandemic, including vaccine purchases, health workers’ benefits and contract tracing.

Senate Minority Leader Franklin Drilon expressed disgust that the administration’s “military mindset” seemed to “always prevail over rational thinking, like that of the secretary of finance.”

“Only when we effectively manage the threat of COVID-19 can economic activity resume. But how can we do that if we continue to disregard, as we have disregarded in this budget, the health sector?” he said.

Drilon said that in his 23 years of analyzing the national budget, the 2022 National Expenditure Program (NEP) was “the most detached from reality” and had “the most skewed priorities.”

He wondered how the National Economic and Development Authority could predict that the economy would recover to prepandemic levels by the end of 2022 when, almost two years since the outbreak of COVID-19, “not much has changed.”

“The virus has already mutated; the government’s strategies should have by now also mutated,” Drilon said.

He noted how the proposed budget for the Department of Health ranked only fourth among the departments that would receive the biggest allocations.

“Today, most students from public schools have not seen a teacher even virtually in almost two years; young children are getting sick; health workers are protesting and walking out from hospitals; [more than] 20,000 new COVID-19 cases a day has become the norm,” he said.

The proposed 2022 budget also does not provide funds for the social amelioration program, or “ayuda,” while funding for the Pantawid Pamilyang Pilipino Program (4Ps) “barely increased,” Drilon said.

“Billions are allocated for intelligence and confidential funds but we cannot even bother to take care of the health workers by funding their special risk allowance (SRA). There is no line item in the budget for hazard pay,” he said.In contrast, the NTF-Elcac has a budget of P28 billion in the programmed fund, Drilon observed.

“Why is [the NTF-Elcac] a budget priority for the next fiscal year? Are we saying that the insurgency has become a bigger, more dangerous threat than COVID-19 and its fast-mutating variant?” he said, adding:

“Are we saying that the NTF-Elcac is more needed than our education sector?”

In response, acting Budget Secretary Tina Marie Rose Canda said the 2022 NEP may have missed, including funding for the items cited by Drilon, because the projections for it were made at a time when COVID-19 infections were dropping and the Delta variant had not yet emerged.

“If we include the amount for SRA, we have to get it somewhere, and the budget for other items will suffer, and some funds will decrease,” Canda said.

She said the proposed P28-billion funding for the NTF-Elcac was meant to address the needs of 1,406 barangays that had been “cleared” of communist influence.

Sen. Francis Pangilinan said that with Canda’s admission, the executive branch should overhaul the entire budget to address the emergence of the Delta variant.

Drilon also questioned the “meager” P3.35-billion funding for assistance to micro, small and medium enterprises, which, he said, employed 63 percent of the entire workforce.

“What kind of priority is this? This is such a small amount especially when we look at the NTF-Elcac budget. The lack of priorities is so clear,” he said.

Pangilinan and Senators Panfilo Lacson, Grace Poe and Nancy Binay also expressed dismay over the meager allocations for vital sectors, including agriculture and transportation, and services, such as vaccination and contact tracing.