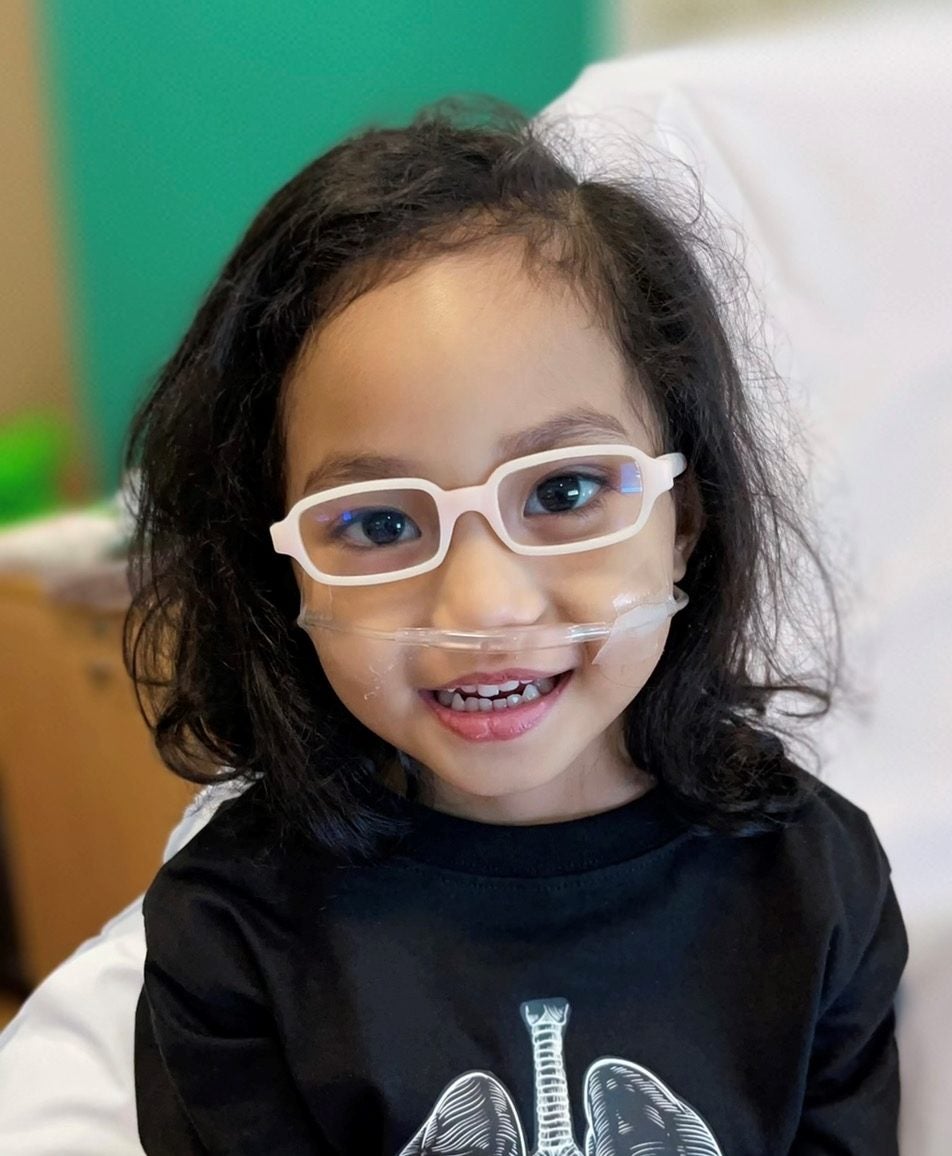 BACOLOD CITY—A 4-year-old girl, who almost died due to severe pneumonia in August 2021, “miraculously” survived after her parents surrendered her fate to God.

Kassandra Legarde spent 30 days at St. Luke’s Medical Center in Taguig, Metro Manila—23 days in the intensive care unit, 16 days intubated, six days on a nasal cannula, one day off oxygen support––before she was released from the hospital.

She tested negative for COVID-19 but had caught the Respiratory Syncytial Virus (RSV), causing severe pneumonia.

“We believe that Kassy’s story was chosen so people will believe in the power of faith, prayers, and miracles again,” said her father John Karlo Legarde, who grew up in Silay City, Negros Occidental, but now lives in Pasig City.

“The doctors were also challenged by the fact that her body did not seem to react to the antibiotics as they were discovering that the virus brought along a secondary bacterial infection,” John Karlo added.

The doctors also told her parents that she had sepsis and they were desperately trying to prevent things from worsening.

“Pray harder, things are not looking good anymore,” John Karlo and his wife, Elaine, were told.

The doctors also referred Kassandra’s parents to a surgeon, who explained the need for an ECMO (extracorporeal membrane oxygenation) machine that would breathe for her so her lungs could rest and focus on healing, her father said.

“They were told it has “a high success rate but is more invasive,” he said.

That was when people close to them sent messages to try to surrender Kassandra in prayer.

“I wasn’t convinced that it was what I needed to do…but later that day, I realized that maybe as a father, the best support I could give to my daughter is to offer and surrender her to God,” John Karlo said.

So together with his wife, Elaine, he said they prayed the most painful prayer they ever had to do as they surrendered their daughter to God.

“I felt as if I was transferring her to God’s arms from my embrace. We were kind of letting go of our right as her parents to take care of her, and it was just destroying me on the inside. But even with all those emotions, we felt at peace with our decision, the kind only God can give,” John Karlo said.

Kassandra’s health did not worsen from that point.

“She plateaued for a couple of days and started to show small improvements until she was finally well enough to be released from the hospital,” John Karlo said.

John Karlo said the Philippine Daily Inquirer and Digicast Negros articles on Kassandra’s battle to survive helped a lot in getting her story out and their plea for financial support.

“People, including strangers, also “came together and prayed for Kassy – this was already a miracle in itself to us,” he said.

“In the end, God’s faithfulness pulled through on His promise and covered all aspects, even financially. We were discharged but still treading the road of recovery as the lungs would take time to fully heal, he added.

“Kassandra is slowly getting back to her usual happy, sweet, and bubbly self. She amazingly started school and is participating actively.”

John Karlo said they want Kassandra’s story to be told, “especially in this time when the harsh realities just destroy everyone’s faith.”