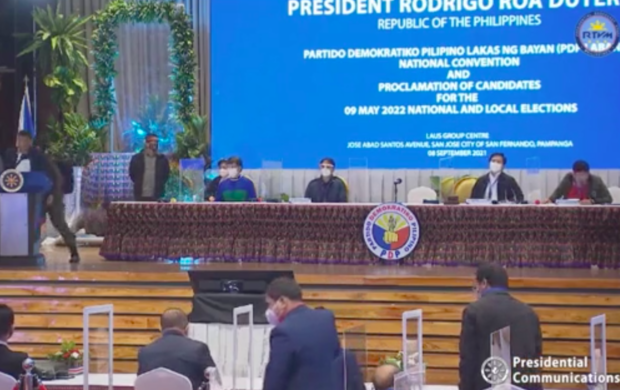 The following party members were announced as the official senatorial candidates during the PDP-Laban national assembly on Wednesday:

Eight other officials from other parties were invited as guest candidates:

During the convention, PDP-Laban also confirmed that Senator Bong Go and President Rodrigo Duterte would be their presidential and vice presidential candidate.

Go and Duterte are the second tandem to launch their possible candidacy after Senator Panfilo Lacson and Senate President Vicente Sotto III announced their bid before Wednesday noon.