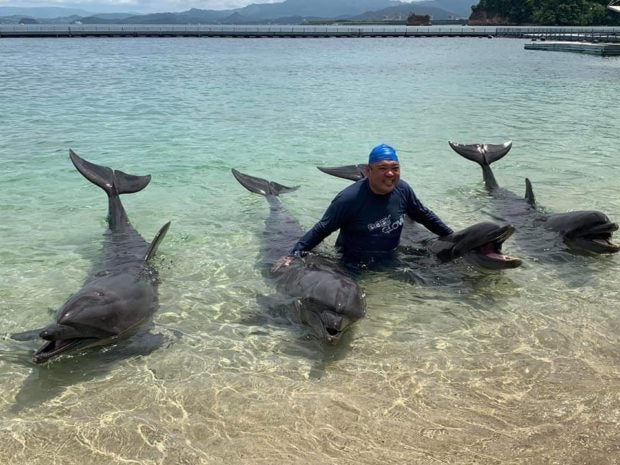 MANILA, Philippines — A watchdog group on Tuesday filed seven complaints against several government officials before the Office of the Ombudsman for supposed violations of COVID-19 protocols.

In a statement, Pinoy Aksyon for Governance and the Environment said it filed complaints against Roque for “violating” quarantine restrictions on non-essential travel when he went to Subic in July last year and in Boracay in February, and when he conducted a public meeting “without observing social distancing” in Cebu in November 2020.

“Clearly, the presidential spokesperson is not only making a mockery of legally mandated minimum public health standards in response to the COVID-19 pandemic. He flaunts his power as if he is beyond the rule of law,” Pinoy Aksyon said.

The group also filed a complaint against Puyat for “violating quarantine protocols when she brought along [a] 6-year-old [girl] in a trip to Bohol despite the ban on children and minors from traveling.”

“Ito namang si Roque, Puyat and Mayor Zamora, pasyal ng pasyal habang ang masa ay nakukulong (Roque, Puyat, and Mayor Zamora can even afford to travel while the masses get jailed when they do that),” Pinoy Aksyon said in its statement.

Meanwhile, the watchdog said Rep. Zamora violated Food and Drug Administration Circular No. 2020-036 or the guidelines on the issuance of emergency use authorization for drugs and vaccines for COVID-19 when he got himself vaccinated with Sinopharm shots before it was approved for emergency use.

In March 2020, complaints were also filed against the three for allegedly spreading false information. Using the name of Maggie Bernal on Facebook, Chua allegedly shared false reports about a COVID-19 patient who supposedly died at the Cavite Medical Center. Authorities later found out that the photo of the patient posted on Facebook was taken in Makati City. Batuigas and Virata were meanwhile included in the charge sheet allegedly for publishing fraudulent stories.

“Panahon na (It is time) to hold our public officials to account. At least make our legal system work against impunity in whatever forms,” Pinoy Aksyon convenor BenCyrus Ellorin said.

In a press briefing, Pinoy Aksyon said the respondents will be given a chance to respond to the issue before the Ombudsman. The group said they are ready to counter the defense of the respondents.

The group also said they also plan to file more cases against other officials.

“That is the plan. We’ll continue to research. Most of the information we followed through came from input and feeds from our members around the country. ‘Yun lang muna ang nauna (That is the first batch). We really intend to file some more and enjoin the public to do the same. The Ombudsman, I understand, is open to suits from taxpayers,” Ellorin said.

In a text message to INQUIRER.net, Roque called the case filed by Pinoy Aksyon a “trash complaint.” He also expressed confidence during his press briefing that the complaints filed against him for alleged breach of COVID-19 protocols will be dismissed, insisting he did not violate any health rules.

The Department of Tourism, on the other hand, said the visit of Puyat in Bohol was part of a campaign to encourage Filipinos to travel locally and safely to boost local tourism. The agency also said the campaign was compliant with health protocols.

Mayor Zamora, for his part, said he will await the copy of the complaint before issuing a statement on the matter.