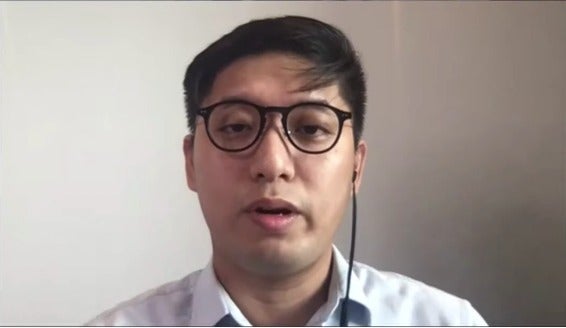 MANILA, Philippines — The chairman and president of Pharmally Pharmaceutical Corp., the firm that bagged over P8.6 billion in government contracts to supply pandemic response goods in 2020, appeared before the Senate blue ribbon committee on Tuesday.

Pharmally chairman and president Huang Tzu Yen attended the fourth hearing of the Senate blue ribbon panel’s investigation into the Department of Health’s (DOH) handling of its pandemic budget.

In particular, the committee is looking into the controversial procurement of “overpriced” personal protective equipment (PPE), face masks and shields made by the Department of Budget and Management-Procurement Service on behalf of the DOH.

The company at the center of the probe is Pharmally, which bagged government contracts worth over P8.6 billion last year despite being only several months old and having just P625,000 in paid-up capital.

When asked by Senate Minority Leader Franklin Drilon about his current location, Huang told senators he is in Singapore.

“So we have a very peculiar situation here, an oath has been administered on a person who is outside of the jurisdiction of the country,” Drilon pointed out.

“The only remedy that I can think of is, probably, Mr. Huang stating on the record that he is willing to reaffirm whatever the testimony will be in this proceedings and go to the [Philippine] embassy and submit the statement in affirmation of his statements here in order that the he can be bound under oath by the statements he makes,” the senator added.

In response, Huang said he was willing to reaffirm his oath to an official of the Philippine Embassy in Singapore.

Aside from Huang, Pharmally accountant Iluminada Sebial is also attending the hearing online.