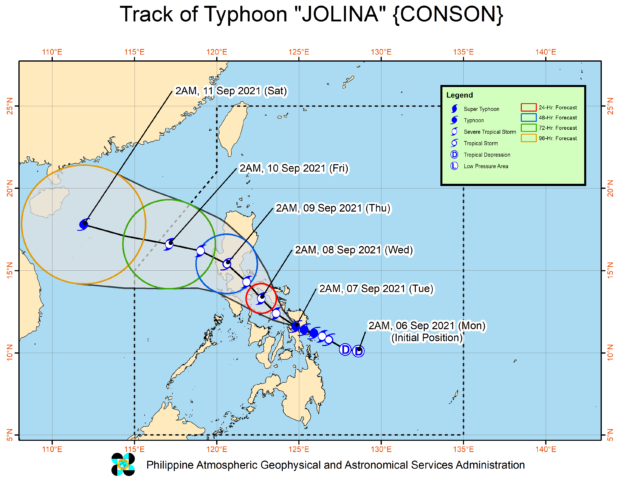 MANILA, Philippines — Classes are suspended in parts of the Visayas and Bicol region due to inclement weather spawned by Typhoon Jolina.

Below is the list of areas where classes are suspended based on the announcements of city and provincial governments on their social media pages.

The Philippine Atmospheric, Geophysical and Astronomical Services Administration (Pagasa), in its latest weather bulletin, said Jolina has emerged over the Samar Sea and and crossed the island municipalities of Samar province.

Moving northwest at 20 kilometers per hour (kph), the typhoon is packing maximum sustained winds of 120 kph near the center and gusts of up to 180 kph, according to the weather bureau.

Pagasa said the center of the eye of the typhoon was estimated to be over the coastal waters of Sto. Niño, Samar.