Debates on DSWD budget deferred due to ‘red-tagging’ | Inquirer News

Debates on DSWD budget deferred due to ‘red-tagging’ 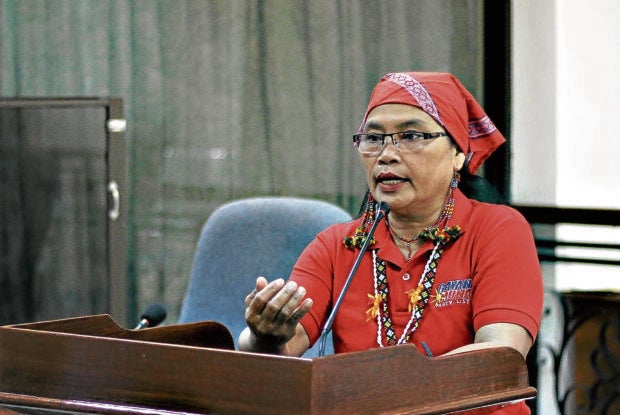 MANILA, Philippines — The proposed 2022 budget of the Department of Social Welfare and Development (DSWD) remains hanging in the House committee of appropriations after debates were once again deferred Monday—this time, due to “red-tagging.”

During the deliberations, Bayan Muna Rep. Eufemia Cullamat presented a screenshot of a message supposedly from National Commission on Indigenous Peoples (NCIP) Allen Capuyan urging the recipients of his message to watch the budget hearing and comment “especially once the Makabayan Bloc stars to attack the NCIP budget.”

The NCIP falls under the DSWD.

In the supposed text message, Capuyan also said that the recipients of his message should “express our frustration against the [communist terrorist group] in Congress.”

This did not sit well with Cullamat, who said that it is the responsibility of Congress to scrutinize the budget and that red-tagging of lawmakers—by calling them members of the communist terrorist group—should not be tolerated.

Cullamat said all agencies go through the same process of having their proposed budgets scrutinized.

(We only did our job in Congress as elected representatives to scrutinize the budget and monitor public funds.)

(But because we did our mandate, Allen Capuyan accused us of being terrorists. He said that we are a communist terrorist group in Congress.)

In the end, Cullamat moved for the deferment of the NCIP budget.

Bayan Muna Rep. Carlos Zarate, who is also a member of the Makabayan Bloc together with Cullamat, backed the deferment due to the lack of respect from Capuyan.

(Chairman Capuyan was not answering our questions on the budget and what he is doing is an attack directly to a member of Congress, minority, and member of the Makabayan Bloc, which he called a terrorist communist group in Congress.)

(In the previous hearing on the DSWD budget, we still have a lot of questions that need to be answered so I move to defer specifically the budget of NCIP as well as the entire budget of the DSWD.)

This was the second time that the deliberations on the budget of the DSWD were deferred.

The first time was on September 1, but this was due to the lack of time amid the imposition of curfew hours in Quezon City, where the House of Representatives is located.

However, during this hearing, Capuyan was also reprimanded Wednesday after accusing Cullamat of “spreading lies and propaganda.”