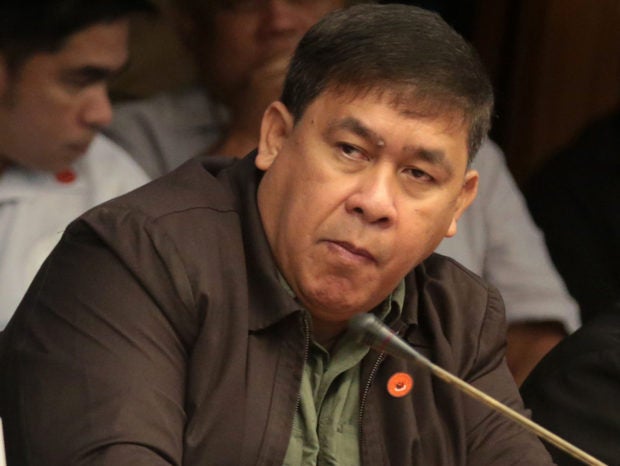 MANILA, Philippines — The chairman of the National Commission on Indigenous Peoples (NCIP) was reprimanded Wednesday after accusing a lawmaker of “spreading lies and propaganda” during the budget deliberations in the House of Representatives.

In response, Capuyan mentioned NCIP Region 13 regional director Marlon Bosantog who also serves as one of the spokespersons of the NTF-Elcac.

“All of the regional directors of NCIPs are advisers to the joint regional task force of the Elcac considering the problem of our insurgency is mostly in ancestral domain,” Capuyan said.

“At the same time, he is the spokesperson for the legal cooperation, being a lawyer and a former employee of Solicitor General. Likewise he’s also the spokesperson for NTF-Elcac. There is no additional compensation, its pro bono, pagmamahal po sa bayan [for love of country],” he added.

Cullamat said that the NCIP appears to be an “extension” of NTF-Elcac in “attacking” indigenous peoples given that some of the officials of the former also serve as officials of the counter-insurgency agency.

It was at this point where Capuyan accused Cullamat of “spreading lies and living in propaganda.”

Bayan Muna Rep. Carlos Zarate had to interject and call out Capuyan for making accusations against a lawmaker while in a formal House hearing.

“I call out Chairman Capuyan. Do not accuse a member of this House of telling lies in this budget hearing. You are here to present your budget,” Zarate said.

Negros Oriental Rep. Jocelyn Limkaichong, who was presiding the hearing, also warned Capuyan of making accusations against a lawmaker.

“Mr. Capuyan, you have to refrain from saying those very negative comments besides, you are talking to a representative. Kindly refrain,” Limkaichong said.

Capuyan apologized to Cullamat and Zarate for making the remarks and his statements were later removed from record.