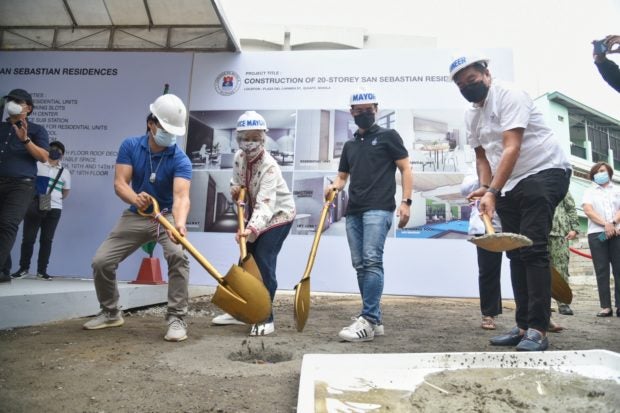 MANILA, Philippines — The construction of the 20-story San Sebastian Residences in Quiapo will start as the Manila City government broke ground on Monday.

(In time, there will be no informal settlers in Manila. God has mercy. Other countries have done it, we can also do it here in Manila City.)

Domagoso mentioned that they will continue to provide dignity to those in need while responding to the COVID-19 pandemic.

(We will voyage and face all of our life challenges, and I assure that we’re with you on that ship. We will not leave you.)

(We recognize the right of each individual to have a safe, decent, and affordable home that they can claim as their own—because it upholds a person’s dignity.)