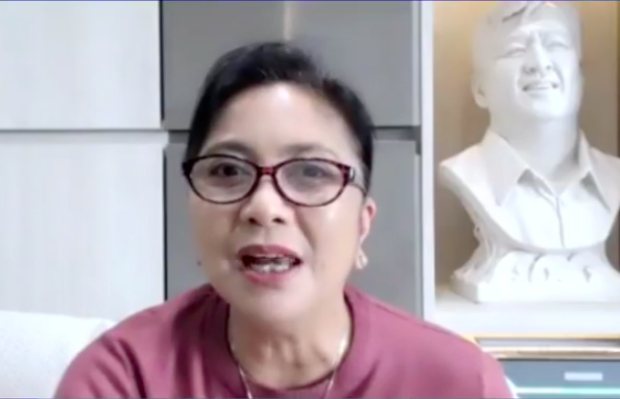 MANILA, Philippines — The tack of the government to dig up the procurement of personal protective equipment (PPE) during the Aquino administration smacks of a “lame attempt” to divert the issue on the alleged overprice of medical supplies during the pandemic, Vice President Leni Robredo said on Sunday.

In her radio program BISErbisyong LENI program on dzXL, Robredo came to the defense of the previous administration, saying its supplier already had established history of procurement deals with the Department of Health.

(First, it is a lame attempt to divert the issue. Second, the difference between now and then, aside from the fact that the past administration procured high-end PPEs, it underwent through public bidding.)

(Third, the supplier has an established business since the 1980s. In fact, even before, the company has already been dealing with the DOH.)

In contrast, Robredo is skeptical of the PPE procurement under the administration of President Rodrigo Duterte, as she questioned the numerous issues hounding the multi-billion supply contract.

(The contract price was around P10 billion, but the company is newly organized with low capitalization. It seems that the only economic activity the company has had was with the government. It does not even have an office. Then, the members of the company have a criminal record in Taiwan. In fact, there are warrants of arrest pending.)

Robredo said government should have first looked into the supplier’s reputation. She noted that the contract could have been used for personal profit.

She cited an update that another company, a construction firm based in China, had been awarded with P1.9 billion for medical supplies.

According to Roque, PPEs under the Aquino administration cost P3,500 each in September 2015 to P3,800 in June 2016. Whereas, the Duterte administration procured PPE at P1,700 apiece at the height of the COVID-19 pandemic.

The Commission on Audit, however, countered the claim saying there was no such observation under the previous administration.