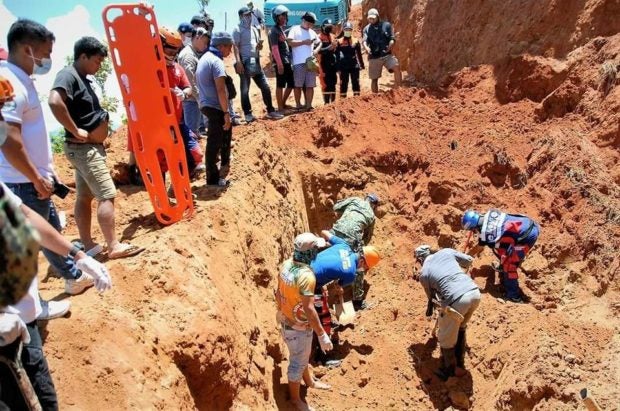 Rescuers recover the bodies of the construction workers who were buried to death in a landslide in Ambaguio, Nueva Vizcaya on Friday. Photo from MDRRMO Ambaguio

SANTIAGO CITY– Four construction workers were killed after being buried by a landslide at the site where they were building a concrete slope protection wall in Ambaguio town in Nueva Vizcaya on Friday morning, September 3, police said Saturday.

The four victims were building a concrete slope protection wall to prevent landslides at a privately owned property when the landslide buried them six meters deep. The police report did not say what triggered t.

Their bodies were recovered on Friday afternoon. The police investigation is ongoing.