'I'm honored to be attacked for doing my job,' Gordon says after Duterte's tirades | Inquirer News

‘I’m honored to be attacked for doing my job,’ Gordon says after Duterte’s tirades 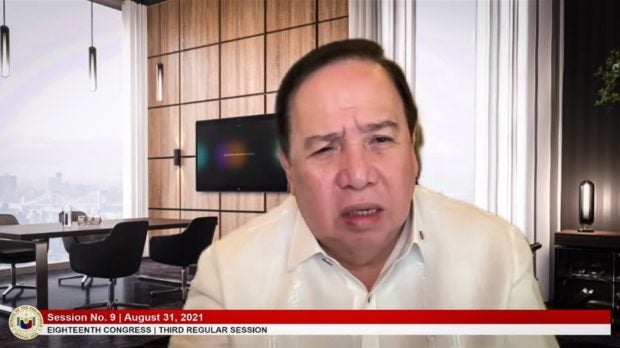 MANILA, Philippines — “This is really tragic.”

That was how Senator Richard Gordon described on Friday President Rodrigo Duterte’s recent tirades against him, which he said were intended to divert attention from the overpriced medical supply scandal.

“I think it is an attempt by the President to try and distract the people once again,” Gordon said during the Philippine Chamber of Commerce and Industry 3rd General Membership Meeting where he is a guest speaker.

“First of all, it is an honor to be attacked for doing my job. For doing my job both at the Senate and at the Red Cross…I’m sorry Mr. President. I’m not here to please you, I’m here to protect the Filipino people,” he added.

He was asked about Duterte’s recent rants accusing the senator of using the Philippine Red Cross (PRC) as his “milking cow” to fund his political plans.

Gordon sits as chairman of the PRC and chairs the Senate blue ribbon committee, which is looking into the said procurement deals.

Gordon agreed with Senator Panfilo Lacson who earlier said that the President “is in panic mode” as the Senate blue ribbon committee looks into the controversial purchase of pandemic response goods last year.

“So it is not about him or me,” Gordon said.

He then appealed to the President not to “attempt to distract” him from focusing on the Senate investigation.

(My appeal, Mr. President, have your people answer the question. What have you done to the funds? That’s the question.)