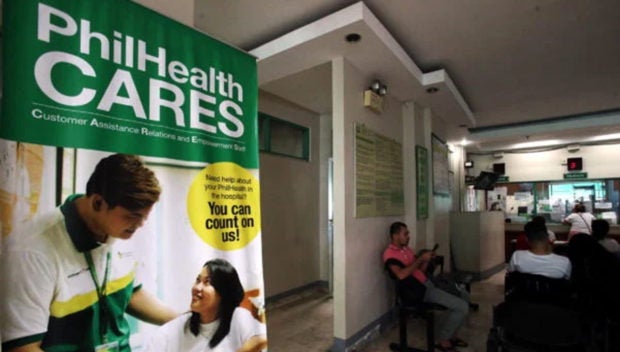 MANILA, Philippines — The Philippine Health Insurance Corporation’s (PhilHealth) actuarial life is projected to last only until 2027 as the state-run insurer expects a net loss of P57 billion in 2021.

PhilHealth’s Acting Senior Vice President Neri Santiago bared these figures upon the questioning of Marikina Rep. Stella Quimbo during a hearing of the House Committee on Good Government and Public Accountability on the agency’s delayed releases for hospital claims.

“The estimated actuarial life for now is until 2027… That means na the reserves, considering ‘yung marereceive na collections [the collections that will be received] as against sa benefit payouts, it will only last until 2027,” Santiago said.

Santiago said the actuarial life is based on projections but noted that it can still change due to different factors.

“The assumption that is in the projection will depend on the subsidy coming from the government with respect to the premium contribution for the indirect distributors. It will also depend on the rollout of benefit enhancement in the future so marami pong dependencies ‘yung actuarial life [the actuarial life depends on many things],” she said.

Santiago further said that PhilHealth is expecting a net loss for 2021.

However, Quimbo questioned why PhilHealth could lose such a huge amount.

PhilHealth has P87.7-billion premium contribution collections from January to June this year, according to Emily Roque, the agency’s acting senior vice president for the fund management sector. She said that there were P52.3 billion paid and approved benefit payouts for the same period.

(Based on simple accounting by subtracting benefit payout from collections, we will get a positive number. You will still have around P32 billion excess funds for January to June. This does not yet include investment income, etc. We are clearly doing okay, right? What is the reason why PhilHealth will collapse in 2027?)

“Hindi katanggap-tanggap ‘yung idea na mamamatay na ang PhilHealth in 2027. That’s not an acceptable idea, and from January to June malaki pa ang kita natin, and in fact if you will continue to collect as much of what you collected last year which is P149 billion, that means you will collect, say P50 billion in the next six months. So hindi ko talaga maisip kung paano ang ending natin sa 2021 ay net loss of P51 billion,” the lawmaker added.

(It is not acceptable that PhilHealth will be gone in 2027. That’s not an acceptable idea. To think that from January to June, you still have a huge income and in fact, if you will continue to collect as much as the P149 billion you collected last year, that means you may collect, say P50 billion in the next six months. I cannot comprehend why our ending in 2021 is a net loss of P51 billion.)