MANILA, Philippines — Senator Grace Poe expressed displeasure over the absence of the head of the Metropolitan Waterworks and Sewerage System (MWSS) during the franchise hearing of the country’s two biggest water concessionaires.

The Senate public services committee, chaired by Poe, is looking into the franchise renewal applications of Maynilad Water Services and Manila Water.

During the hearing, Poe inquired about the current status of the Kaliwa Dam and other water resources. 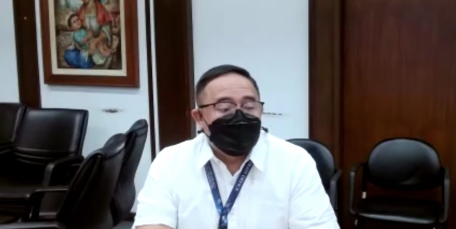 Before they were given time to answer, Poe wondered why MWSS Administrator Reynaldo Velasco was not around.

“And it’s really difficult to conduct these hearings on such a very important matter when your head of agency is not even present,” she added.

According to Vestil, Velasco had a prior commitment, which was already scheduled last week.

“Unfortunately, he had a prior commitment which was scheduled since last week. He sends his apologies for not being able to attend  today’s committee hearing,” Vestil said.

In opening the franchise hearing, Poe highlighted the “necessity to have access to safe water, sanitation and hygienic conditions, which she said are essential in protecting the people’s health during the pandemic,” as earlier stressed by the World Health Organization.

Poe said that water shortage “has always been a threat to health and economy globally considering the ever-increasing population.

“In the Philippines, the looming water crisis is characterized by constant supply interruption, lack of potable water, and higher water rates,” she added.

She said senators will seek clarification and understanding on how the recently revised concession agreements in the grant of a congressional franchise will be beneficial to the consuming public.

“Will there be enough supply of water?” Poe asked in her opening statement.

“How about the rates, would it go down or would the rate increase, and what will be the basis if the rate would increase? Will the water be potable? Can we expect that the services will  improve?” she added.