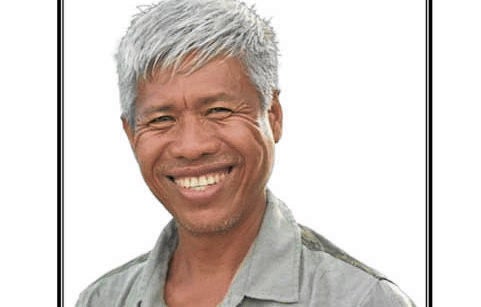 MANILA, Philippines — For his “inspiring determination in leading his fellow fisherfolk to revive a dying industry,” a community leader from Zamboanga Sibugay has been named one of the five recipients of the 2021 Ramon Magsaysay Award, the Asian equivalent of the Nobel Peace Prize.

In an online ceremony announcing the awardees on Tuesday, the Ramon Magsaysay Award Foundation (RMAF) feted Roberto “Ka Dodoy” Ballon for helping transform the coastal life of his hometown, Kabasalan, to preserve both his fellow fishermen’s livelihood and the ecosystem on which they depend for survival.

Ballon is the 52nd Filipino to receive Asia’s highest honor since 1958. The lone Filipino among this year’s awardees, Ballon was also recognized for “his shining example of how everyday acts of heroism can truly be extraordinary and transformative.”

The other honorees are the following:

• Muhammad Amjad Saqib (Pakistan), for founding the largest microfinance institution in Pakistan that gives out interest-free loans to the poor.

• Firdausi Qadri (Bangladesh), for her contributions to vaccine development.

The formal presentation of the 63rd Ramon Magsaysay Awards will be on Nov. 28.

Ballon, 53, was born to Visayan parents who migrated to Zamboanga Sibugay in search of richer fishing grounds. His father barely earned enough to feed his family despite his long hours at sea.

It was the harsh reality for most fisherfolk families, who remain among the poorest sectors in the country despite its rich marine diversity. Local fishermen have largely remained unorganized and unsupported by the government.

Over the years, Ballon saw how the once-teeming waters of his town gradually suffered the effects of rampant fishpond conversion and mangrove loss. In 1986, he and 30 other fishermen formed a group, the Kapunungan sa Gamay ng Mangingisda sa Concepcion (KMGC), to plant mangroves along the coast of Concepcion village in Kabasalan.

“Our families depend on the sea for our survival, not on politicians or other people, so it is only right that we make its protection a priority,” he told RMAF.

Within three decades, Ballon and his group were able to transform a swath of abandoned fishponds into a lush mangrove forest.

Together with the municipal government and some development organizations, KMGC also introduced other sustainable livelihood initiatives like oyster production, shell and crab culture and seaweed farming—which gave new life to Kabasalan as an ecotourism destination.

Fish catch improved fourfold: from 1.5 kilograms of fish from an eight-hour trip, to 7 kg in three to five hours of fishing. Soon, households across Concepcion were able to afford boats and send their kids to school.

These changes over the years helped transform his town’s marine environment. For this, RMAF honors Ballon for his “exceptional dedication to serving others and self-sacrificing leadership that puts the group’s interest before his own.”

For all Pinoy fishermen

In a video message played at Tuesday’s ceremony, Ballon thanked the foundation for the “huge honor,” which he dedicated to all Filipino fishermen.

“Let us keep improving and strengthening marine life programs and hopefully people will know more about fishing and fisherfolk in the Philippines,” he said.

Named in memory of the country’s seventh president, the Ramon Magsaysay Award is given to individuals and organizations whose “selfless service has offered their societies, Asia and the world, successful solutions to some of the most intractable problems of human development.”