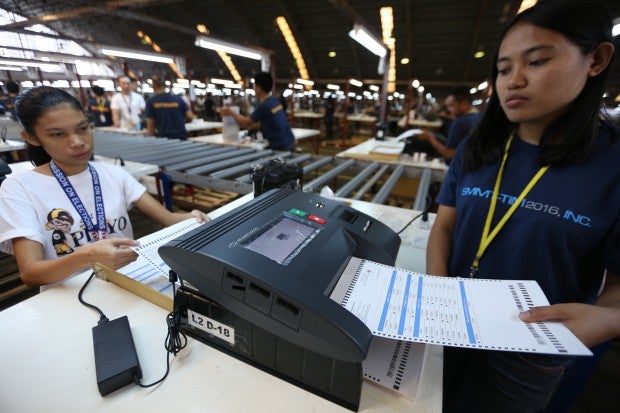 MANILA, Philippines — List down the 2022 candidates by unique numbers instead of alphabetically by their surnames. That’s the proposal of the National Citizens’ Movement for Free Elections (Namfrel) to the Commission on Elections (Comelec).

The measure should be able to level the playing field, the election watchdog said in a statement issued on Tuesday.

Under the proposal, Namfrel said Comelec officials would draw the numbers randomly in the presence of the candidates and parties or their representatives. Comelec will then announce the assigned numbers before the start of the campaign.

The proposal will also prevent candidates from using aliases beginning with the digit 1 or the letter A “just to be at the top or near the top of the list.”

“This will minimize the importance of name recall and the advantage of having well-known surnames during the campaign,” Namfrel pointed out.

Voters who cannot read or those with poor eyesight would then find it easier to search for the numbers instead of the names of their candidates.

Namfrel also laid out other suggestions to make the elections more efficient and transparent.

One suggestion is the use of QR codes on both the election returns and the voter-verifiable paper audit trail (VVPAT) — the receipt that comes out of the vote-counting machines — to make counting the votes more participatory and transparent.

“The QR codes would enable stakeholders such as election monitoring organizations and political parties, or any interested individuals, to be able to aggregate results, if they have devices with QR code readers for the purpose of vote counting,” Namfrel explained.

The QR codes on both the ERs and the VVPAT would also facilitate an audit check of the results, even right there at the polling precinct.

Namfrel also suggested the use of open-source election software.

“[T]his would open up the process to more prospective bidders for this component, instead of Comelec being usually tied up with the same company supplying the hardware,” it said.

Namfrel also called for the correct implementation of the digital signature to be included in the electronic results of the election, which should be those of the members of the boards of canvassers, instead of signatures from the machines supplied by the Comelec.

An end-to-end use of election mark-up language (EML) should also be adopted “to avoid possible delays and to increase the credibility of the results.”

Namfrel said data has to be converted from EML format to comma-separated values (CSV) during electronic transmission of results from the vote-counting machines to the servers of stakeholders such as the media, political parties, and election monitoring organizations.

“This conversion process has caused delays in past elections, and has resulted in doubts over the credibility of the transmitted data,” Namfrel said.