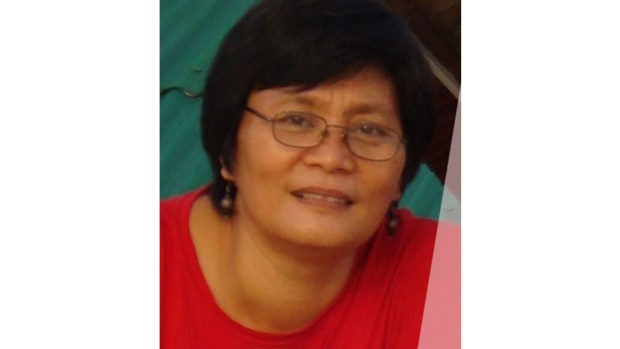 MANILA, Philippines — Rights and farmers’ groups on Tuesday called on law enforcement agencies to investigate the death of a Cebuano development worker, who was reported to have died in a Metro Manila hospital on Saturday, more than a year after she was abducted on Bantayan Island.

Relatives of Elena Tijamo identified her remains from a photo provided by St. Peter Funeral Home in Quezon City, according to the Farmers Development Center (Fardec), a Central Visayas-based nongovernment organization (NGO) where she had served as coordinator. Tijamo was forcibly taken by armed individuals from her home on Bantayan Island, more than 200 kilometers north of Cebu City, on June 13, 2020.

According to Karapatan-Central Visayas, Tijamo called her brother Carlos, who was based in Metro Manila, on Saturday afternoon, saying that she was alright and would soon be discharged from VRP Medical Center in Mandaluyong City. A few minutes later, a certain “Michael” reportedly called Carlos to meet him outside the hospital, saying they would not be able to enter due to COVID-19 restrictions. Upon their meeting, Michael told Carlos that his sister had already died following an operation for goiter and handed him a bill that was already paid.

“The family does not know any ‘Michael’ or ‘Neil Reyes.’ These circumstances and these false names continue to hinder the family from claiming the body,” the rights group said.

“We further express grief and sympathy for the family who has spent over a year worrying over [her] welfare … only to find out that she has died in a hospital without them knowing that she was even brought there,” the group added.

Fardec said Tijamo joined their organization in 2005. The group, founded by religious and laypersons in 1989, provides support for and legal aid to farmers in the provinces of Cebu, Bohol and Negros Oriental.

In November 2019, Fardec, along with 17 other NGOs and Church groups, was tagged by the Armed Forces of the Philippines and the Department of National Defense as a communist front.

Fardec said Tijamo had “endeared” herself to the peoples’ organizations and communities that she had served and lived with, and would remember her for her “principles and vigorous life of service.”

“We call on law enforcement agencies to conduct a thorough investigation [of] Elena’s abduction and … the questionable circumstances surrounding her death in a hospital miles away from her Cebu home,” the group said in a statement.

“More importantly, we call for a stop to attacks on social workers, organizers, activists and other human rights defenders,” it added.