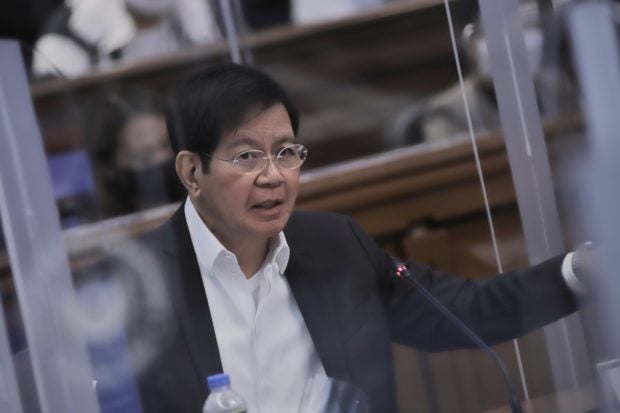 MANILA, Philippines — Senator Panfilo Lacson on Tuesday brushed off President Rodrigo Duterte’s rants against him, saying the Chief Executive is now in “panic mode” and attempting to discourage the Senate from probing the purchase of “overpriced” pandemic response supplies.

“It is not difficult to think that he is in panic mode and is attempting, as he has already done earlier, to discourage the Senate from pursuing our investigation in the highly anomalous procurement of overpriced medical supplies that is starting to knock on the doors of Malacañang,” Lacson said in a statement.

“The video showing Michael Yang, a Chinese national who had a signed contract as a presidential consultant, receiving a one-peso-a-year remuneration from the government and very casually introducing high officials of the controversial Pharmally Corp. is telling to say the least,” he added. 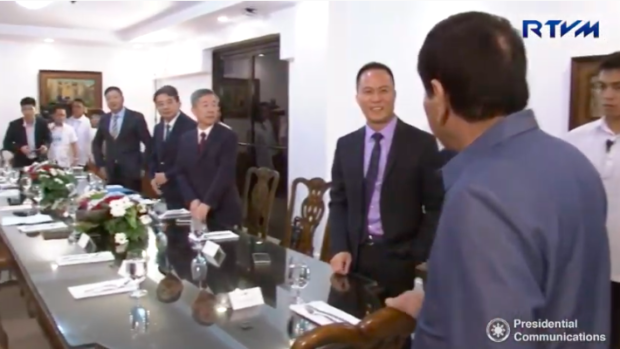 Former presidential adviser on economic affairs Michael Yang was with President Duterte during a meeting with officials of Pharmally Pharmaceuticals in Davao City. Image from the March 18, 2017 video of RTVM Malacañang

The Senate blue ribbon committee, chaired by Senator Richard Gordon, has been looking into the Department of Health’s (DOH) handling of pandemic funds.

“The Senate will not flinch on this one. There is a lot more to discover and pursue so that all those responsible for this abominable crime against the Filipino people who continue to suffer amid the pandemic will be exposed and charged in court at the proper time,” Lacson went on.

During the committee’s inquiry, senators questioned the DOH’s transfer of P42 billion to the Department of Budget and Management-Procurement Service for the procurement of needed medical supplies amid the pandemic, including allegedly overpriced items purchased from Pharmally Pharmaceutical Corp.

In a taped address aired Tuesday, Duterte once again criticized senators for “showing off.” He singled out Gordon and Lacson and even picked on their appearance.

“I don’t know what President Duterte is talking about when he commented on my hairstyle. I haven’t changed the way I comb my hair, since long before he had lost his mind,” Lacson said.

“Many people I talked to have noticed his incoherence and senseless ad libs even in his formal addresses to the nation including the State of the Nation Address (SONA),” he added.