MANILA, Philippines — Senator Bong Go has officially declined the endorsement of the ruling party Partido Demokratiko Pilipino Laban ng Bayan (PDP-Laban) for him to be the group’s standard bearer in the 2022 elections alongside President Rodrigo Duterte.

In a letter addressed to party president Energy Secretary Alfonso Cusi on Monday, Go maintained he is not interested in the presidency but said he is “deeply honored by the trust and confidence” of the party’s national executive committee (NEC).

READ: Bong Go: ‘am not interested to run for president’; voices support for a Sara Duterte candidacy

“As much as I wish to respond to the clamor of many of our partymates, I most respectfully decline the said endorsement. As I have said many times before, I am not interested in the presidency,” he said in the letter. 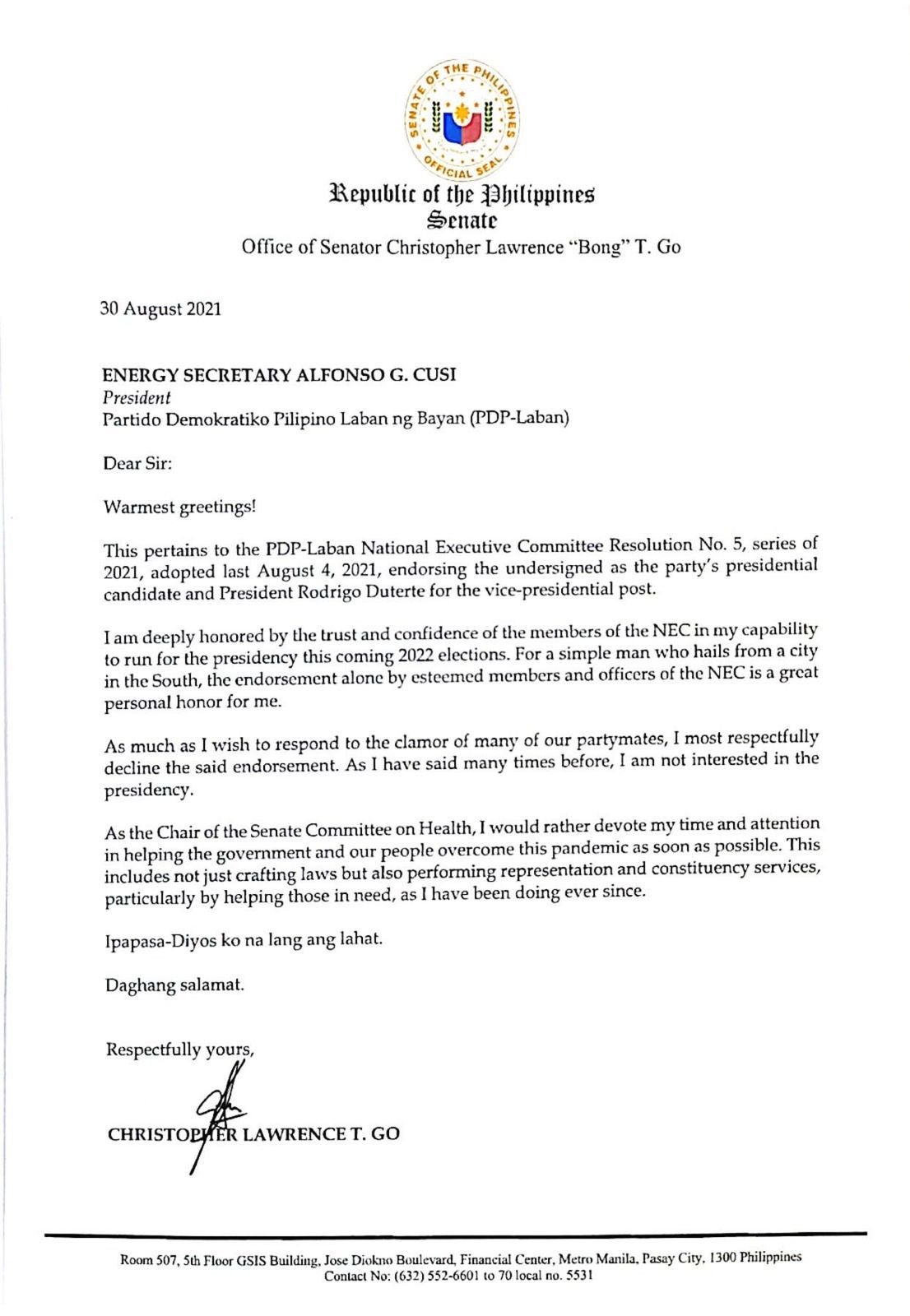 The letter comes after the PDP-Laban NEC adopted a resolution last August 4, endorsing Go as the party’s presidential candidate and President Rodrigo Duterte for the vice-presidential post.

President Duterte, for his part, has accepted PDP-Laban’s nomination, saying he would “continue the crusade.”

READ: Duterte vows to ‘continue crusade’ to run for VP in 2022

Go said he hopes that whoever would become the next President would continue what Duterte has started, particularly the fight against criminality, corruption and illegal drugs.

(It is important that President Duterte has an equal who can continue what he has done. That is the continuity that I’m saying. Just please, not me.)

In response, Cusi said in a letter said the PDP-Laban is hoping the senator would reconsider since they are “convinced” they made the right choice in nominating Go for the “trust and believe in his leadership qualities.” 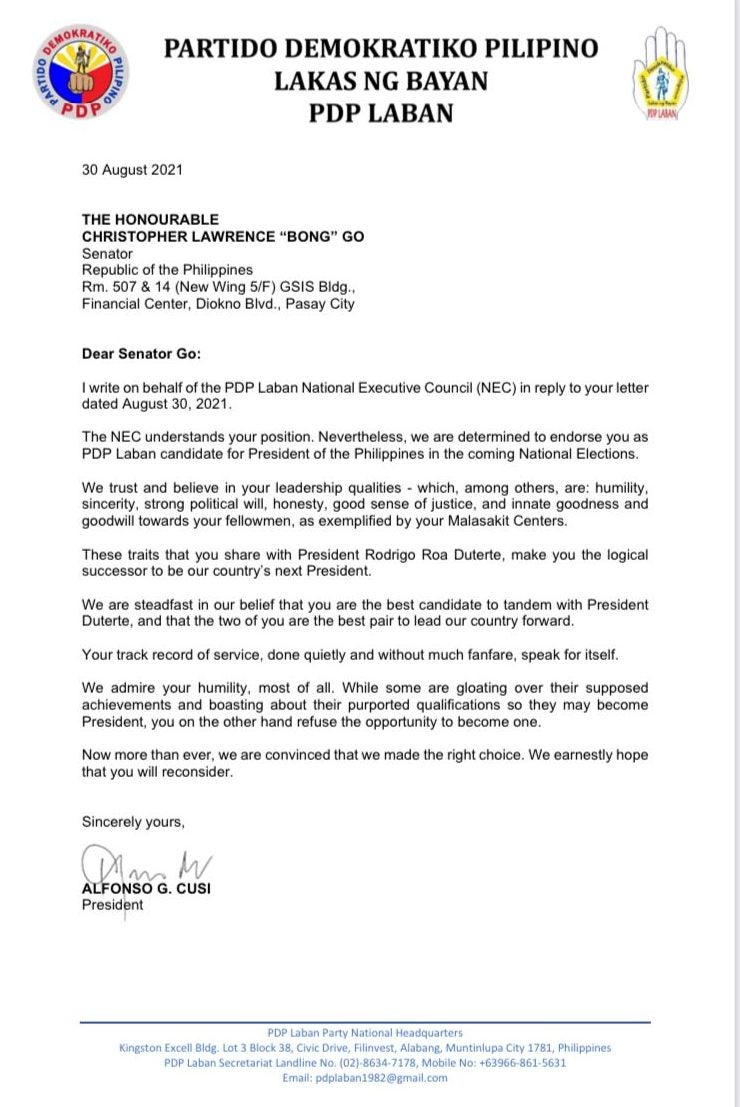