Tokhang-style anti-red campaign in Cordillera gets Eleazar’s nod, but says human rights must be upheld 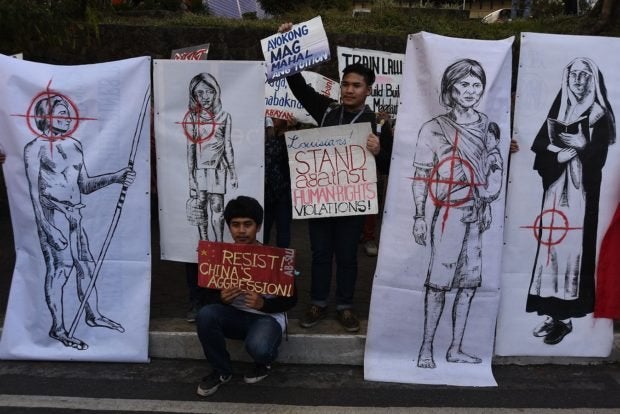 MANILA, Philippines — Philippine National Police (PNP) chief Guillermo Eleazar  on Wednesday defended a new tact of cracking down on insurgency by borrowing from the “tokhang”-style of implementation that the Duterte administration’s war on drugs is known for.

Eleazar, in a statement issued Tuesday night, however said that the new tact should be tempered with a commitment to uphold human rights, amid a new anti-insurgency campaign in Cordillera that some feared might only lend a bloody character to the anti-red campaign of the government.

“On the part of the PNP, we will provide assistance in a way that will strike a balance between our collective goal of defeating the CPP-NPA-NDF and our commitment to respect and uphold the basic human rights of every Filipino,” he said.

The new campaign, dubbed “dumanun makitungtung” (Ilocano terms for “visit and discuss”), initially sought to go after activists, journalists, and even government employees using the similar tactic employed by the police implementing “tokhang” (a contraction of Visayan terms “knock and plead”) on certain drug pushers and drug dealers.

The new campaign will be implemented by the police-based Cordillera Regional Law Enforcement Coordinating Committee (RLECC), but visits will be made together with representatives from the civic and religious sectors.

But rather than go after journalists and state workers as initially endeavored by RLECC, Eleazar said the new campaign will target “communist-front supporters” to convince them to give up the communist ideology.

Eleazar said that the PNP “appreciates the effort” of RLECC in coming up with new ideas to finally put an end to the decades-long communist insurgency in the country.

“In fighting communist insurgency in the country, we in the PNP believe that we have to present better ideas that focus on winning back the trust and confidence of those who fell prey to this failed ideology,” Eleazar added.