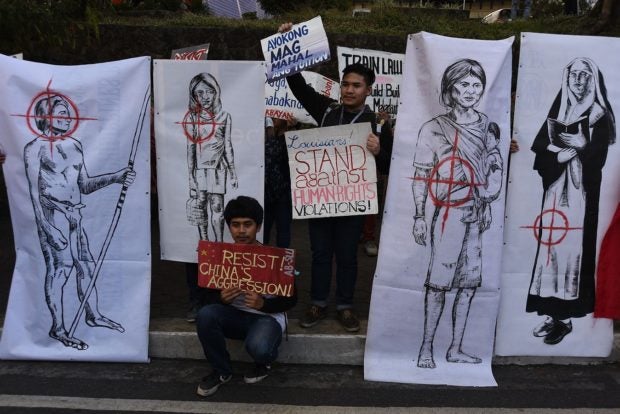 BAGUIO CITY, Benguet, Philippines — A controversial plan to implement the government’s anti-drug tactic “tokhang” (contraction of Visayan terms for “knock and plead”) on activists, journalists, and government employees in the Cordillera has been replaced with a similar anti-communist strategy called “dumanun makitungtung” (Ilocano for “visit and discuss”).

Resolution No. 6 issued by the Cordillera Regional Law Enforcement Coordinating Committee (RLECC) in July no longer targets journalists and state workers suspected of having links with communist groups.

Instead, the RLECC, an intelligence-sharing body, will send out teams from the police, civic and religious groups, and village councils to homes of suspected supporters of “communist front organizations,” and talk them out of backing the communist ideology.

The local chief of police is required to vet a list of suspected communists in a community, and all visits must be conducted “with utmost courtesy and respect for human rights,” the RLECC document says.

Should they succeed, the subject of the visit must be accompanied by a relative to the closest police station for “documentation and proper disposition.”

According to the new resolution, the tokhang method, crafted under RLECC Resolution No. 4 and released at the start of the year, has already been discarded.

Resolution No. 4 uses the police’s “Oplan Tokhang” as a blueprint for “visiting or knocking [on the doors of] the residences [of suspected Leftists] to dissuade them from further supporting, or being active members of the Communist Party of the Philippines, the New People’s Army (NPA), the National Democratic Front of the Philippines or their front organizations.”

It was rejected and returned to the RLECC in March by the Regional Peace and Order Council led by Baguio City Mayor Benjamin Magalong.

The new RLECC resolution was criticized by Tongtongan ti Umili (TTU), a member of the Baguio-based Cordillera People’s Alliance.

According to TTU, the RLECC “erroneously concludes” that all activist organizations recruit members for the NPA, which has waged an armed rebellion for more than 50 years.

“We reiterate, Tongtongan, and its affiliate organizations are legal, legitimate and democratic organizations. We are not terrorist organizations nor recruiters for revolutionary armed groups, as opposed to what state security forces make us out to be,” the group said in a statement.

Tokhang, derived from “toktok” (knock) and “hangyo” (plead), was the house-to-house campaign employed by the police against suspected drug peddlers or users after President Duterte took office in 2016.

The RLECC also issued Resolution No. 1, which compels Cordillera villages to declare membership in the communist underground or Left-leaning organizations as a “community dishonor,” and Resolution No. 2, which requires organizers of protest rallies or food drives to first get the permission of the police and the military.

The constitutionality of these RLECC resolutions was challenged in court on March 8 by Bishop Emeritus Reuel Norman Marigza of the United Church of Christ in the Philippines. The case is still being heard at a Baguio Regional Trial Court.