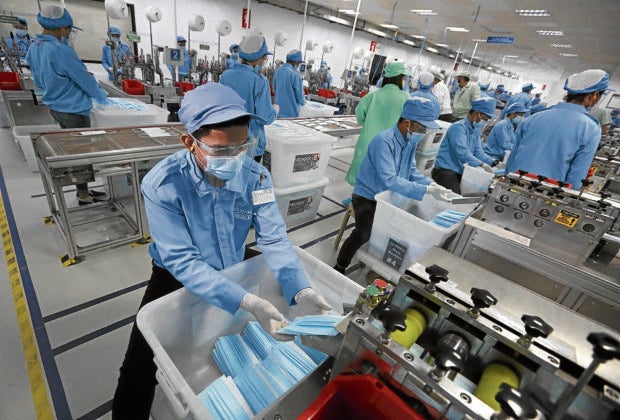 MANILA, Philippines — The Philippines suffered from one of the biggest hikes in joblessness in the Asia-Pacific region last year, and many Filipinos continued to bewail lack of income amid prolonged COVID-19 quarantine, two multilateral lenders said.

In 2020, the Philippines’ unemployment rate climbed to a 15-year high of 10.3 percent or 4.5 million jobless Filipinos at the height of the longest and most stringent COVID-19 lockdown in the region.

In a separate report, the Washington-based World Bank said that in the Philippines, “lack of income was the main problem for most people, with many of them citing loss of or limited employment opportunities.”

The World Bank report was based on the community survey it conducted among 200 respondents living in 136 barangays in 40 provinces under the least stringent modified general community quarantine (MGCQ) on April 8 to 14.

Survey results showed that during quarantine, “construction workers and public transport drivers were worst hit by job cuts, and job losses were experienced equally by both men and women,” the World Bank said.

These job losses led to “an increase in COVID-19-related problems in peace and order,” the World Bank said. In particular, discrimination against patients and their households rose.

Survey respondents said that as the pandemic and the quarantine dragged on, there were fewer among them who received financial assistance, which mostly came from local governments. If they had a choice, they preferred to receive food, cash as well as livelihood assistance, the survey showed.

As far as health protocols to contain the spread of COVID-19 were concerned, respondents said that local governments “could do better” in implementing these measures.

It did not help that among households with school-age kids, “distance learning was not effective due to lack of or limited access to learning gadgets and learning losses among children,” the World Bank said. “People believed that in-person classes should resume when the national government says so and when vaccines become available for most people,” it added.

The survey showed that Filipinos “knew vaccines could prevent COVID-19” but expressed concerns on these jabs’ safety and effectiveness.

“Because of health reasons, getting vaccinated would likely be difficult for seniors, persons with comorbidities and children,” according to the World Bank. INQ