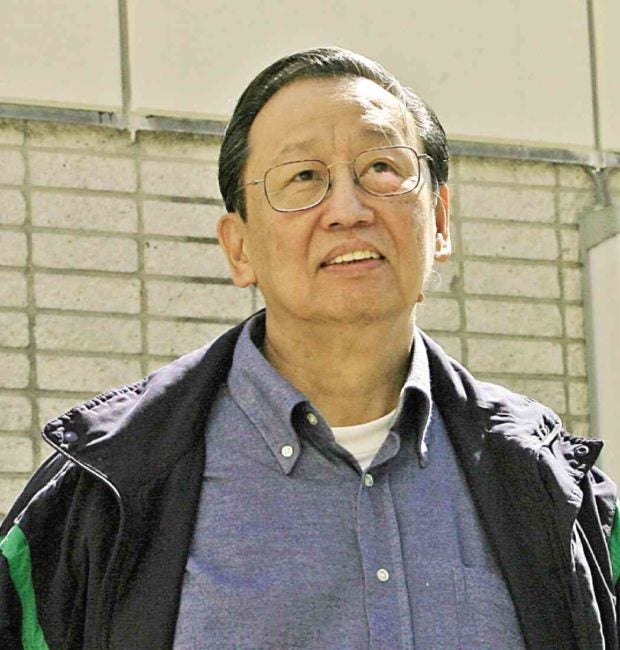 MANILA, Philippines — The Criminal Investigation and Detection Group (CIDG) on Tuesday said it had filed criminal complaints against exiled Communist Party of the Philippines (CPP) founder Jose Maria Sison and three other members at the Department of Justice (DOJ).

The CIDG filed complaints for alleged violation of the Expanded Anti-Trafficking in Persons Act of 2012 as well as the Special Protection of Children Against Abuse, Exploitation and Discrimination Act against Sison, while similar complaints were filed against Redsa Balatan, who, according to the CIDG, was the alleged recruiter of Miranda.

A complaint filed by Miranda with the CIDG reveals that at the age of 14, she was recruited as a member of Anakbayan.

“Miranda was an example of a trafficked child who completed the cycle of the act of recruitment, deception and exploitative purpose to engage a child in armed activities by the [CPP],” said Ferro.

According to the CIDG, Miranda was allegedly raped by her communist commander Dela Pena, followed by her vice squad leader Alvin Soria and then again in 2018 by Caliwliw, who is also a commander.

“The CIDG, as mandated by law, has the duty to serve and protect the country and its citizenry without prejudice or bias, the justice that KA “SHANE” wants to get is now in the hands of the DOJ based on the witnesses and evidence that the complainant and the CIDG presented,” Ferro said.

(We will not set aside any victim of crime, including our compatriots who have converted to the government to bring justice to the exploitation they suffered at the hands of the group they once joined.)