Gordon bares another meeting with Robredo; says open to alliance with 1Sambayan 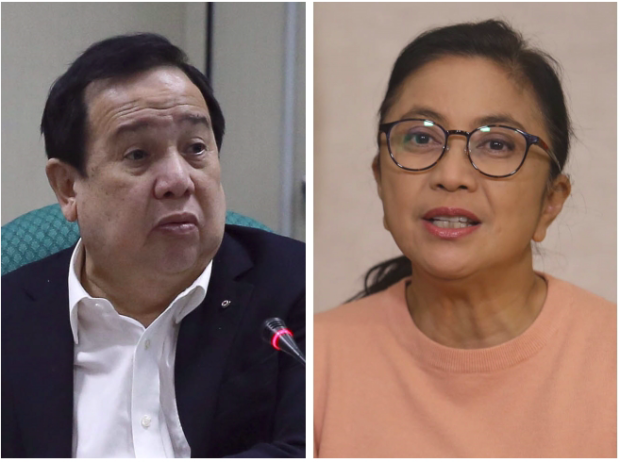 MANILA, Philippines — Senator Richard Gordon said Tuesday that he is set for another possible meeting with Vice President Leni Robredo regarding the 2022 national elections.

In an online interview, he also said he is open to an alliance with opposition coalition 1Sambayan.

“We are supposed to see each other at my office at the Red Cross again, I don’t know, pero I’m hearing all kinds of signals but I’m not gonna put pressure on the lady. She’s a lady and I respect her. I’m sure she’s under pressure from her friends to run, she’s also under pressure to run for governor,” Gordon told reporters.

“We want to know where we stand at a particular point in time when we talk, at that point in time ‘yun ang mga positions namin. At a certain time, we’ll find out whether we can…I think it will be a good ticket kung magkakaroon tayo ng ticket na ganoon,” he also said but did not elaborate.

Gordon and Robredo first “had a chat” for a possible partnership in the 2022 elections last July.

Rumors remain that Robredo may be the opposition’s candidate for president in next year’s election. The vice president herself has said that she is open to run for the presidency, but has yet to announce a final decision on her next political plans.

Gordon, for his part, has disclosed he is considering the possibility of running for president as early as May.

He said he will make a final decision by September or October.

During Tuesday’s online interview, Gordon was also asked about a possible alliance with the 1Sambayan coalition.

While he is keeping his options open for the upcoming polls, Gordon ruled out the possibility of joining the vice presidential race.

If he will not run for president, he will either go back to the Senate, or as mayor of Olongapo, or retire.

“I don’t think I want to be vice president,” Gordon said.

So far, only Senator Panfilo Lacson and Senate President Vicente Sotto III have confirmed their plans to run in tandem – president and vice president, respectively – in next year’s national polls.

Meanwhile, the Cusi-led wing within the ruling party PDP-Laban endorsed the tandem of Senator Bong Go and President Rodrigo Duterte for the 2022 polls.

Duterte has accepted the endorsement for him to run for vice president after stepping down as the top leader of the country in 2022. But Go claimed he is “still not interested” in running for president – as Duterte’s running mate – next year.

Go was a long-time aide of Duterte before becoming a senator in 2019.