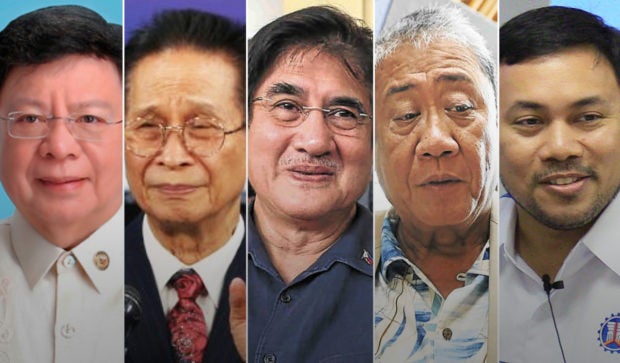 The following compose the ruling party’s initial senatorial candidates for 2022:

PDP-Laban said the line-up would be among issues to be discussed at its national convention set on September 8.

The party earlier said it is eyeing to include up to seven Cabinet secretaries in its senatorial slate for the 2022 elections, and that it is still vetting the names of at least 20 potential candidates including:

PDP-Laban earlier said it might field eight or nine candidates from the party and the rest will be from parties allied with the administration.