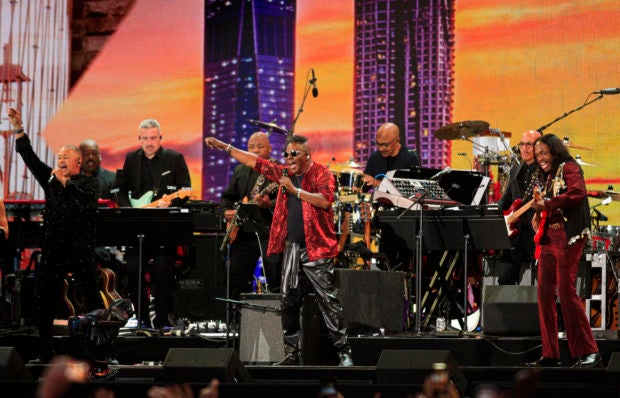 Baby Face performs during the “We Love NYC: The Homecoming Concert” in Central Park on August 21, 2021 in New York City. – Bruce Springsteen, Patti Smith and Paul Simon are set to headline a massive Central Park concert Saturday meant to signal New York City’s “homecoming” in the wake of the pandemic’s worst devastation there. (Photo by Kena Betancur / AFP)

NEW  YORK – New York City shut down on Saturday its star-studded concert meant to mark its “homecoming” in the wake of the pandemic’s worst devastation, over the threat of severe weather as Hurricane Henri churned closer.

Barry Manilow, who was on a line-up that included Bruce Springsteen, Patti Smith and Paul Simon, was cut off mid-song by a booming voice urging concert goers to proceed swiftly but calmly to the nearest exit due to approaching storm clouds.

Some 60,000 people were expected at the concert in Central Park, as the hurricane, packing maximum sustained winds near 75 miles (120 kilometers) per hour and heavy rains, was drawing closer to making landfall sometime on Sunday. 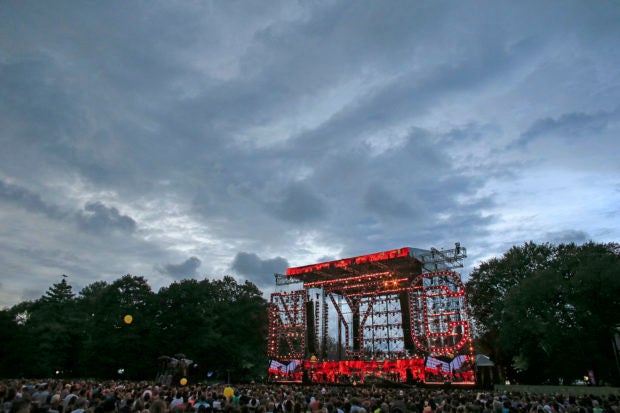 Spectators attend the “We Love NYC: The Homecoming Concert” in Central Park on August 21, 2021 in New York City. – Bruce Springsteen, Patti Smith and Paul Simon are set to headline a massive Central Park concert Saturday meant to signal New York City’s “homecoming” in the wake of the pandemic’s worst devastation there. (Photo by Kena Betancur / AFP)

“I guess for safety it makes sense. I mean I can hear the thunder,” said attendee Maria Fuentes.

It cut short a show that had begun with groups of revelers cheering and dancing, with seating marked out by laying down picnic blankets ahead of five hours of live music that kicked off at 5 pm (2100 GMT).

Even before the bad weather hit, many were still concerned over Covid-19, despite vaccination requirements.

All attendees aged 12 and over had to provide proof of vaccination, except for those prevented from getting shots for reasons of disability. Masks were not required at the outdoor event, except for unvaccinated children.

“At least everyone is vaccinated” at the shows, said Ilana Gomez, who was most excited to see guitarist Carlos Santana’s band play.

“Music is what I missed the most” during the pandemic, the 27-year-old told AFP, adding that it was “amazing” to be with so many people but that she thought it wasn’t “the best idea” to have such a large event.

Speaking on local radio Friday, Mayor Bill de Blasio had said the concert was meant as a marker of recovery.

The celebration was planned “to really tell people New York City was back, to tell the whole world,” he said.

But life-long New York resident, Bill Thompson, said he was “more guarded than ever.”

Despite lingering coronavirus concerns, the 69-year-old said “it’s a joy” to see the city coming back to life.

“It feels so free to be able to enjoy what people have missed for so long.”

In the week leading up to Saturday’s show, the city hosted a series of hip-hop concerts across the New York boroughs, featuring performances from Big Daddy Kane, Slick Rick, KRS-1, and Wu-Tang Clan members Ghostface Killah and Raekwon.

Except for VIP spots, tickets are free for Saturday’s concert, which was also set to feature performances from Jennifer Hudson and LL Cool J.

Some 68 percent of adult New Yorkers are fully vaccinated, though cases have ticked up recently to more than 1,850 a day, a 19 percent increase in two weeks.

The unvaccinated population continues to face risks of both contracting the virus and feeling its worst effects.

“My heart goes out to everyone who suffered,” said attendee Laurie Ramirez, an educator in her 50s.

She won a ticket to the event because of her essential worker status during the pandemic.

“It’s extraordinary. It’s the most beautiful thing” to be here, she told AFP.

But the threat of bad weather cast a pall over the revelry even before the event was cut off, as US meteorologists upgraded storm Henri to a hurricane on Saturday.

Henri was anticipated to miss New York City by miles, but could still cause tropical storm conditions beginning Saturday night.