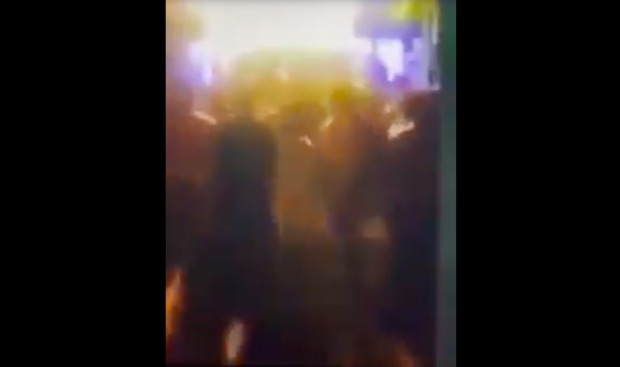 A screenshot of the video of the beach party held in San Francisco, Camotes Island last July 10 which an anonymous complainant reported to the DILG for possible violation of health protocols.

CEBU CITY — Cebu Gov. Gwendolyn Garcia has questioned the motives of the anonymous complaint about a “beach party” video that involved her son-in-law and fifth district Rep. Duke Frasco.

According to Garcia, the incident happened on July 10 when the classification of the province was still under the more relaxed modified general community quarantine (MGCQ).

“The facts speak for themselves. Last July 10, Cebu Province was still under MGCQ. I guess it is very malicious to send the video now trying to present a totally different impression that this was happening right now when Cebu province is under GCQ (general community quarantine) with heightened restrictions.

“The fact that this video surfaced only now from an anonymous sender, does raise the question, first of all, that it is obviously malicious, and when it becomes malicious, there is obviously a motive,” Garcia told reporters.

“And what other motive can we think of except that as the elections draw near, for some people, everything seems to be about politics. Not for me, not for our group, but for some other people.”

“But they better try harder because I don’t think the Secretary of the Interior and Local Government would appreciate the fact that they, whoever sent that, try to fool  him into thinking that this activity happened when Cebu was placed under GCQ.”

Interior Secretary Eduardo Año recently ordered the police to investigate the viral video of a beach party in San Francisco town on the Camotes Group of Islands.

Congressman Frasco has yet to issue a statement on the virtual video. He was married to the daughter of Governor Garcia, Christina who is also mayor of Liloan town in Cebu province.