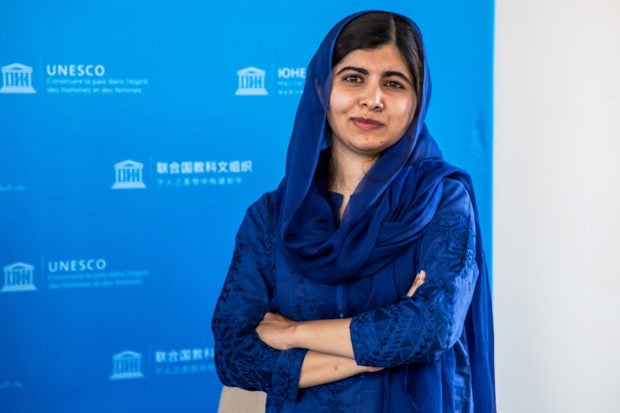 Nobel Peace Prize winner Malala Yousafzai said she was deeply concerned about the situation in Afghanistan, particularly the safety of women and girls, and called on Monday for world leaders to take urgent action.

Yousafzai said Biden “has a lot to do” and must “take a bold step” to protect the Afghan people, adding she had been trying to reach out to several global leaders.

“This is actually an urgent humanitarian crisis right now that we need to provide our help and support,” Yousafzai told BBC Newsnight.

Yousafzai, 23, survived being shot in the head by a Pakistani Taliban gunman in 2012, after she was targeted for her campaign against its efforts to deny women education.

She had become known as an 11-year-old, writing a blog under a pen name for the BBC about living under the rule of the Pakistani Taliban.

“I am deeply concerned about the situation in Afghanistan right now, especially about the safety of women and girls there,” Yousafzai told Newsnight.

“I had the opportunity to talk to a few activists in Afghanistan, including women’s rights activists, and they are sharing their concern that they are not sure what their life is going to be like.”

Yousafzai said she had sent a letter to Pakistani Prime Minister Imran Khan asking him to admit Afghan refugees and ensure that all refugee children “have access to education, have access to safety and protection, that their futures are not lost.”

Yousafzai moved to England after she was shot, where she received medical treatment and last year graduated from Oxford University with a Philosophy, Politics and Economics degree.

Read Next
35% of PNP personnel fully vaccinated vs COVID-19; 41% awaiting 2nd dose
EDITORS' PICK
A massive highway complex makes living in the South highly attractive
Beyond the Chocolate Hills: A farm-to-table, heritage culinary adventure of Bohol
WHO says monkeypox is not yet a health emergency
House energy committee chair Arroyo bats for cheap electricity
Metro Manila logged most number of new COVID-19 cases — OCTA Research
Guarding Sara: Why next VP is getting own security team
MOST READ
Leon Barretto steps up for sisters, asks dad Dennis Padilla: ‘Please stop resorting to public shaming’
LOOK: Rita Daniela pregnant with first child
Marjorie Barretto to speak up on Dennis Padilla, kids’ relationship ‘in time’
Guarding Sara: Why next VP is getting own security team
Don't miss out on the latest news and information.