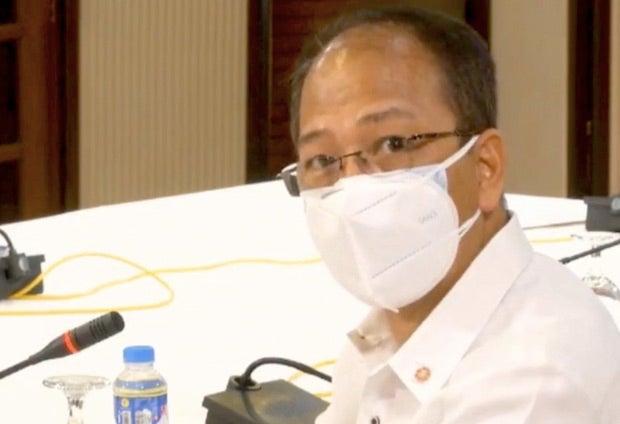 MANILA, Philippines — The Philippines may yet have a better Christmas despite the spread of the COVID-19 Delta variant and another uptick in cases, Secretary Carlito Galvez Jr., the national vaccine manager, said on Saturday.

“Our goal of having a better Christmas is still attainable,” Galvez said in a statement, partly in Filipino, that was sent to reporters. “There are many areas where the vaccinations are quick, and with the continuous deliveries of our vaccine supplies, we can easily achieve our desire that the NCR [National Capital Region or Metro Manila] and other areas will have a better Christmas in December.”

As the government aims for herd immunity, vaccinations have continued in Metro Manila despite its being under enhanced community quarantine (ECQ) due to the recent rise in COVID-19 infections.

“Most of the Metro Manila mayors persist in trying to speed up their vaccinations. So we also have to speed up vaccine deliveries,” Galvez, who is also the chief implementer of the National Task Force against COVID-19, said.

According to him, the task force believes many local government units in Metro Manila can achieve herd immunity — that is, fully vaccinating 70 percent of their population — by September by speeding up their vaccinations.

The target, he said, is to administer 250,000 vaccine doses daily in Metro Manila. Currently, the highest number of jabs given in a single day is 220,000.

Also, Galvez said that 3.5 million of the four million vaccine doses requested by Metro Manila LGUs had alredy been delivered. This allocation could increase to six million before August ends.

“The 50 percent of NCR’s population is a very significant threshold because once we have vaccinated them there will be a tendency for the number of cases to plateau o to decrease,” he said.

While Metro Manila would remain under ECQ until August 20, there have been talks about a possible extension given that the recent surge, believed to be led by the more infectious Delta variant, has caused a near-repeat of the March 2021 surges where numerous hospitals had full capacity.

Earlier, the Department of Health (DOH) said that the country again broke its record for the highest single-day jump in cases, with 14,249 new infections, pushing the number of active cases up to 98,847.

According to the DOH, 95.9 percent of active cases have exhibited mild symptoms only, while 1 percent have remained asymptomatic.

However, Metro Manila hospitals have continued to fill up their COVID-19 bed capacity, with 71 percent of intensive care unit beds and 63 percent of isolation beds being occupied.

The Philippine General Hospital (PGH) has already made an advisory that it would no longer accept non-COVID-19 patients to make more room for coronavirus-infected individuals.