‘Pasensya na po,’ Remulla tells Mocha for not defending her from attacks on her past | Inquirer News
Close
menu
search

‘Pasensya na po,’ Remulla tells Mocha for not defending her from attacks on her past 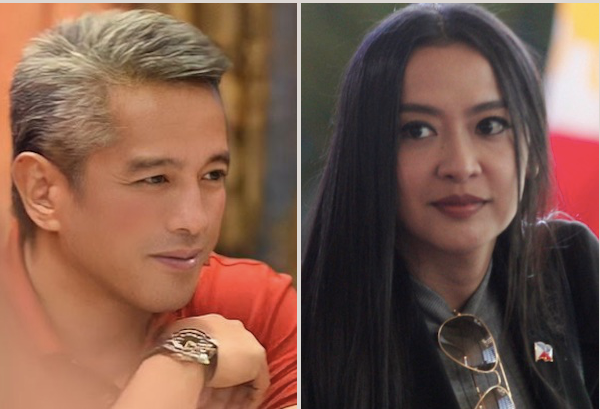 MANILA, Philippines — Cavite Gov. Jonvic Remulla was perplexed on reading a tweet on Thursday by Mocha Uson, deputy administrator of the Overseas Workers Welfare Administration, asking where he was when she was being criticized because of her past as a sexy actress.

Uson made the tweet in reaction to an ABS-CBN tweet citing Remulla’s defense of Manila Mayor Francisco “Isko Moreno” Domogoso against attacks by his political opponents over his old photos of him in his underwear.

In her tweet, Uson said she hoped Remulla would defend others in the same way when under attack because of their past, implying that the governor’s action reeked of a double standard.

In reply, Remulla tweeted in Filipino: “Ma’am, sadly, I’m not familiar with your past. I heard only that you are very influential in the Palace. Excuse me for being late in getting the news about you. I wish you all the best.”

In defending Domagoso, Remulla said the mayor’s past did not have anything to do with his political career as he never lied to, cheated, or stole from the people of Manila.

It was not mentioned from where the talks about Moreno’s past came from, but his supporters and opposition critics believe that President Rodrigo Duterte was alluding to Moreno when he said in a briefing last Monday that a Metro Manila mayor’s scantily-clad old photos had been spreading on Facebook.

Duterte said he had stripped a Metro Manila mayor of the powers to distribute the lockdown cash aid due for being disorganized in implementing the vaccination program.

READ: Below the waist: Duterte rants vs mayor in ‘bikini’

On the other hand, Uson’s appointment to various posts was also scrutinized by administration critics, who questioned her credentials government  service and her past as a sexy actress.

READ: Mocha Uson answers ‘showbiz reporter’: ‘I should know, I used to be a sexy artist’