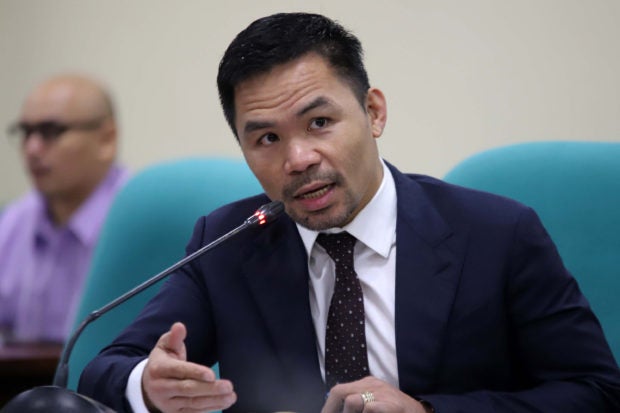 MANILA, Philippines — The Cusi-faction in the ruling PDP-Laban has warned Senator Manny Pacquiao of expulsion over an alleged effort to convert the People’s Champ Movement (PCM) into a national political party.

PDP-Laban Secretary General Melvin Matibag cited reports about the alleged plan of Pacquiao for PCM and said such an action would be a “major ground for expulsion” from his membership in the PDP-Laban.

“Senator Emmanuel ‘Manny’ Pacquiao’s latest punch has virtually created for himself a rabbit hole – one that could lead to his expulsion from [PDP-Laban],” Matibag said in a statement.

The Cusi group shared a screenshot of the alleged minutes of the meeting of PCM during their organizational meeting on December 20, 2020, in General Santos City. The Cusi camp, however, said the documents it has shared were “unofficial.”

The alleged PCM’s minutes of the meeting indicated a supposed amendment to its constitution and by-laws “to serve as a national party.”

Pacquiao’s group has yet to issue a statement regarding the allegations against the senator and the PCM. INQUIRER.net has reached out to the Pacquiao camp but has yet to receive a reply as of posting time.

Cusi’s group issued the warning amid infighting within the PDP-Laban which divided the ruling political party into two factions: one led by Energy Secretary Alfonso Cusi and the other led by Pacquiao.

Cusi’s group even ousted Pacquiao as PDP-Laban’s president and elected the energy chief as the party’s new president during its July national assembly in Pampanga.

Pacquiao’s camp, however, said that the national assembly in Pampanga was unauthorized.