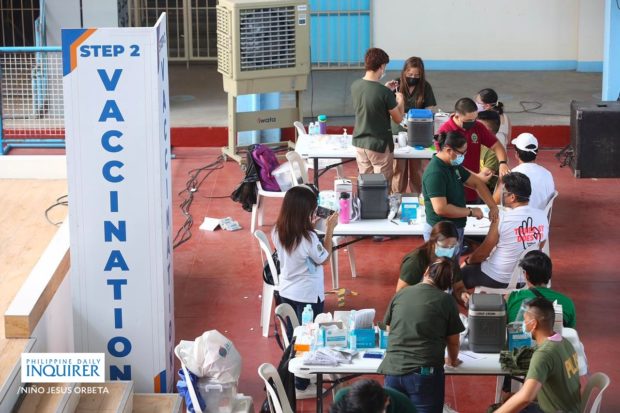 MANILA, Philippines — The government attempted to control the COVID-19 pandemic situation in the country, but a lackluster response was attributed to poor budget allocation and the lack of priorities.

For example, Robredo noted that during COVID-19 surges, there were several instances and opportunities for the government to build intensive care facilities. Despite such plans, they did not materialize due to priorities being overlooked and budgetary considerations being underfunded.

During an interview with CNN Philippines’ The Source on Tuesday, the Vice President said that according to health experts, building a 32-bed intensive care unit (ICU) would cost around P40 million and would take around a month.  The best time to build ICU facilities, however, has already passed.

“Ang daming mga periods since last year that we could have taken advantage of. As I have said, hindi natin sinasabi na walang effort to do that pero halimbawa, realigning budget priorities.  Are we allocating enough?” Robredo asked.

(There have been so many periods since last year that we could have taken advantage of. We are not saying that government did not exert effort but just, for example, realigning budget priorities.  Are we allocating enough?)

“Are we allocating enough para maka—you know, to capacitate us to build 1,000 more ICU beds. I don’t think so,” she said.

As for medical personnel and equipment, Robredo emphasized the government’s initiative to recruit more nurses to assist the already exhausted medical workforce.

But the government’s unwillingness to bolster the salaries of the medical front liners, like nurses, means that the Philippines can’t compete with its neighboring nations.

“Lagi kong sinasabi recruit more nurses but we are having a hard time recruiting. Bakit? Until now, maraming nagrereklamo na we haven’t released the hazard pay for all medical frontliners yet. Are we making their pay in the country at par with our neighboring countries para hindi na sila labas nang labas?” Robredo asked.

(We always say recruit more nurses but we are having a hard time recruiting. Why? Until now, many complain that they haven’t released the hazard pay for all medical frontliners yet. Are we making their pay in the country at par with our neighboring countries so that they would not seek jobs abroad?)

She said it would have been possible to resolve such problems if budget allocations had been made properly.

Again, Metro Manila is under enhanced community quarantine (ECQ), this time due to the COVID-19 Delta variant threat.  This is because the Delta variant was 60 percent more transmissible than the Alpha variant, which was responsible for the March 2021 surge.

As of now, several high-profile private hospitals like St. Luke’s Medical Center, The Medical City, and Capitol Medical Center have already filled all of the beds allocated for COVID-19 patients.

As early as Monday, Robredo noted that they had seen a rise in requests for their Bayanihan E-Konsulta initiative, an avenue for telemedicine that served as a virtual triage site during the previous surge in hospital visits.

The administration has long been under fire, especially from the opposition, for its supposedly misplaced priorities.  Recently, party-list group Bayan Muna questioned why the government would rather allocate funding to less important projects like the Manila Bay dolomite beach and the anti-insurgency fight in the face of an economic and health crisis.

Several legislators, including Senator Panfilo Lacson, questioned why approximately P63 billion of the Bayanihan to Recover As One Act or Bayanihan 2 has not yet been spent.