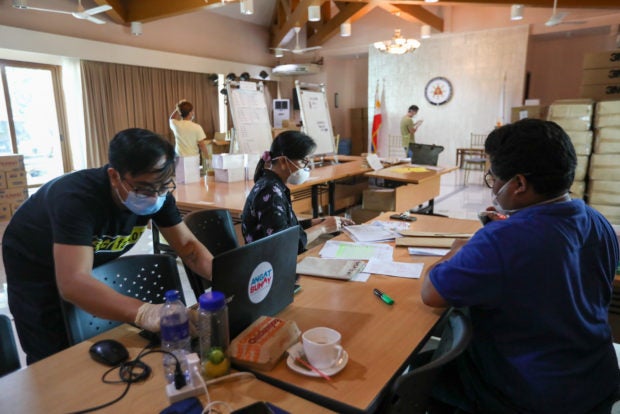 MANILA, Philippines — Telemedicine assistance requests sent to the Bayanihan E-Konsulta, the Office of the Vice President (OVP) initiative that started early this year, are picking up again as Metro Manila enters its third stringent lockdown.

Vice President Leni Robredo said on Monday that daily averages for just the month of August are at 209 cases per day — including 276 on August 6.  She then updated her post, saying that Monday’s request count already topped 400 as of 6:30 p.m.

“Sharing with you our average number of cases per day with complete registration data. There is a lot more who sought our help who were not able to complete the registration process,” Robredo said in her post.

“We’re definitely feeling the surge now so we’re making this plea to everyone to exercise extra precaution and strictly follow health protocols,” she added.

BAYANIHAN E-KONSULTA was launched last April 7 when we had a really bad surge of Covid 19 cases. Our operations have…

The Bayanihan E-Konsulta was started by OVP after observing that the country’s healthcare system was on the brink of collapse, with hospitals in the NCR Plus areas — meaning Metro Manila, Bulacan, Cavite, Laguna, and Rizal — already in full capacity.

The COVID-19 surge last March, which was spurred by the Alpha variant, left high death rates and patients dying either before they got to hospitals, while inside ambulances, or while queuing up on parking lots to wait for vacant rooms or emergency room slots.

This led Robredo and her office to devise ways to minimize contact of possible uninfected individuals seeking hospital services by having medical professionals assess their symptoms and conditions virtually, through messenger applications.

But this time, the ECQ status over Metro Manila was placed due to fears about the Delta variant — which has been found to be 60 percent more transmissible than the Alpha variant.

“Bayanihan E-Konsulta was launched last April 7 when we had a really bad surge of Covid 19 cases. Our operations have been non-stop since then. This program is powered by our Medical Doctors, Nurses, other Medical and Non-Medical Volunteers, EMS Teams, and OVP staff,” Robredo said.

“These numbers only cover the Metro Manila bubble area as the intent of the program is to help decongest our hospitals within the bubble. We have separate programs in some other areas outside of this,” she added.

Earlier, St. Luke’s Medical Center admitted that their COVID-19 wards and intensive care units in both their Quezon City and Global City branches are now in full capacity.  The hospital also announced that patients are awaiting admission at emergency rooms.

Robredo has laid down several suggestions over the course of the pandemic, aimed at helping the government respond better to the crisis.  Her recent views centered on upping the COVID-19 vaccination drive and testing, to ensure that the latest lockdowns would be the last.