PNP chief: Cop-imposed 'census' in communities, if true, must be stopped | Inquirer News

PNP chief: Cop-imposed ‘census’ in communities, if true, must be stopped 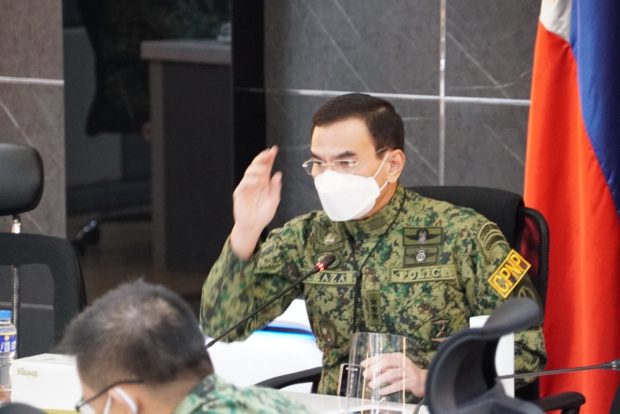 MANILA, Philippines — If the allegations are true that police officers are conducting their own version of “census” in communities, this has to be stopped, Philippine National Police (PNP) chief Gen. Guillermo Eleazar said Tuesday.

Eleazar, however, maintained that the PNP is not conducting a census in barangays. He said it was the convenors of certain groups, not the police, who gather information on their members, contrary to what was claimed by Senator Panfilo Lacson.

“With regards to census, there is no such thing as a census. This is voluntary, itong mga grupo na ito [these groups]. Sa isang organization na ginagawa nila [In their organization], of course they will get the names, they will get the contact numbers. Pero [But] it is not a census,” he told ABS-CBN News Channel.

While he denied the PNP’s involvement in the so-called census, Eleazar said he had cautioned Maj. Gen. Rodel Sermonia, the PNP’s community relations chief, on privacy laws in the groups’ gathering of data among their members.

“I cautioned Gen. Sermonia na kung sakaling may naba-violate na privacy law natin [if ever there is a privacy law being violated]. Kaya we will check on that,” he added.

Lacson, chair of the Senate defense and security committee, earlier demanded that Sermonia explain why he supposedly asked police officials to gather the personal data of people in several parts of the country.

The senator said he received reports that a portion of the PNP’s funds under the National Task Force to End Local Communist Armed Conflict (NTF-Elcac) is being used to conduct a “census” among barangay residents.

The PNP, however, has denied the allegation that it misused the task force’s funds for the conduct of a census in communities. Eleazar later clarified in a statement that what the PNP implemented was an “intensified cleanliness program.”

“We are promoting cooperation and coordination between the PNP and the community to improve our services and work hand in hand with members of the community for our anti-drug and anti-criminality efforts, as well as protecting the community, especially the youth from being recruited by communist fronts,” the PNP chief earlier explained.

Eleazar, in his ABS-CBN News Channel interview, also said the PNP is not aware of the supposed target of gathering data from 30 percent of a barangay’s population as alleged by Lacson.

(We don’t know that census and that target. That’s why I said we will check if that is what is happening because there are leaders from different groups and if they ask information about themselves, what can we do about that?)

“It is not the PNP that should be asking for their email address. It is the convenors, civilians themselves, the different organizers na ito na gustong tumulong sa PNP ang nagtatanong sa kanila [who want to help the PNP who are asking the details],” he added.