Mayor Jerry Treñas seeks help from IATF as Iloilo City is close to running out of beds, ventilators
Philippine Daily Inquirer / 05:04 AM August 09, 2021 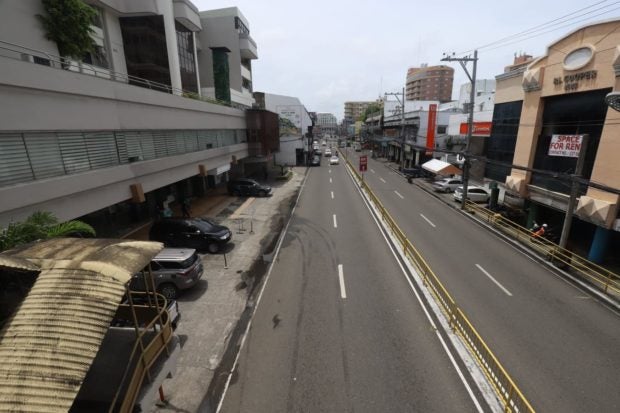 LOCKDOWN EFFECT Streets in Iloilo City are almost deserted on Sunday after shops and other businesses shut down amid a prolonged enhanced community quarantine in the city. —PHOTO COURTESY OF THE ILOILO CITY GOVERNMENT

Surges in coronavirus infections continue to affect Luzon and Visayas provinces over the weekend despite stricter restrictions on movement.

In Iloilo City, Mayor Jerry Treñas asked for help from the national government after the city’s health-care utilization rate reached alert level 4, with hospitals now starting to run out of hospital beds and mechanical ventilators.

In a letter to the Inter-Agency Task Force for the Management of Emerging Infectious Diseases (IATF) dated Aug. 6, Treñas asked the national government to help neighboring provinces to open more beds for their intensive care units as COVID-19 patients in hospitals in the city were mostly from the provinces of Iloilo, Antique and Aklan.

Treñas appealed to the IATF to send health-care workers as hospitals in the city continue to lack medical personnel despite the augmentation of police and military nurses, and hiring of nurses by the city government.

“Our medical front-liners are nothing but exhausted. Many of [them] had also fallen prey to the virus ravaging the community,” he said. 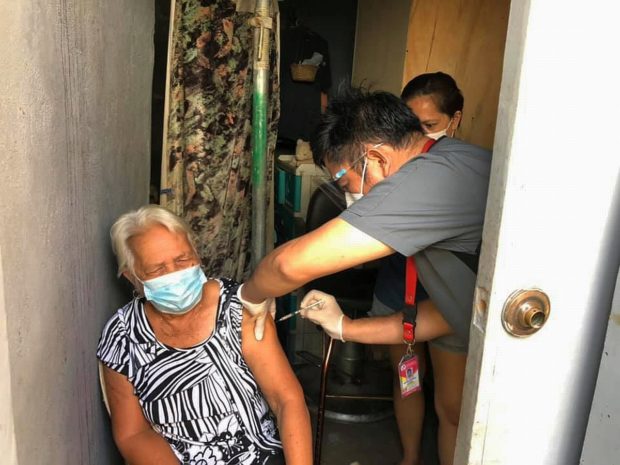 HOME SERVICE Angeles City in Pampanga has ramped up its vaccination drive to protect residents from the coronavirus. The elderly and sickly are given their shots at home. —PHOTO COURTESY OF THE ANGELES CITY GOVERNMENT

The Department of Health (DOH) in Western Visayas on Friday reported 31 new COVID-19 cases of the more infectious Delta variant in the region. These include 19 in Antique, seven in Iloilo province, three in Iloilo City and two in Capiz.

Treñas lamented that the enhanced community quarantine (ECQ) classification of the city was based on its high hospital-care utilization rate even if the cases in the city were lower than those in Iloilo and Aklan provinces. As of Aug. 7, Iloilo province has 2,813 active cases, followed by Aklan (2,155) and Iloilo City (1,294), DOH records showed.

In Ilocos Norte province, government doctors said 268 new infections were recorded on Saturday, raising the number of active cases to 4,120. This brought to 10,016 the number of patients now on file since the pandemic broke out last year, data from the provincial government showed.

Laoag City continued to suffer a transmission spike while under ECQ from Aug. 1 until Aug. 15. It tallied 92 new cases on Saturday, bringing to 1,047 the active cases in the capital city, the highest in Ilocos Norte.

Public transport on Sundays has been suspended by Laoag Mayor Michael Marcos Keon while travel outside residences would only be limited to medical purposes for the duration of the ECQ. Only food delivery services were allowed to operate.

In Pampanga province, the active cases in the City of San Fernando rose to 608 after 72 more cases were recorded on Saturday, the city government disclosed. It registered a total of 6,429 COVID-19 cases since the pandemic began last year, which has killed 208 residents.

Angeles City in Pampanga recorded 36 new COVID-19 cases on Saturday, raising the number of active cases to 541. In Tarlac province, three minors, age 7, 11 and 12, were among the 50 new cases in the province on Saturday. The provincial government said one of the children had a prevailing medical condition and was still confined in a hospital. The other two have mild symptoms and are in quarantine.

Tarlac still has 639 active cases on Saturday, out of the 9,428 coronavirus patients it logged since 2020. The province lost 415 patients to the disease.

In Zambales province, 47 more cases were added to its growing list of infections as of Aug. 7, raising the tally of total infections to 4,509, of which 418 are active cases. Zambales’ COVID-19 death toll stood at 170.

In Quezon, the province logged 1,008 active infections on Sunday, from only 705 on July 23, the Integrated Provincial Health Office (Ipho) said.

Quezon has so far recorded 559 new COVID-19 cases this month. It logged 797 fatalities since March last year, 31 of whom died between Aug. 1 to Aug. 8, Ipho reports showed.

Quezon is the only province in the Calabarzon (Cavite, Laguna, Batangas, Rizal and Quezon) region without any confirmed COVID-19 Delta variant case.