PH records over 700K jabs in a single day 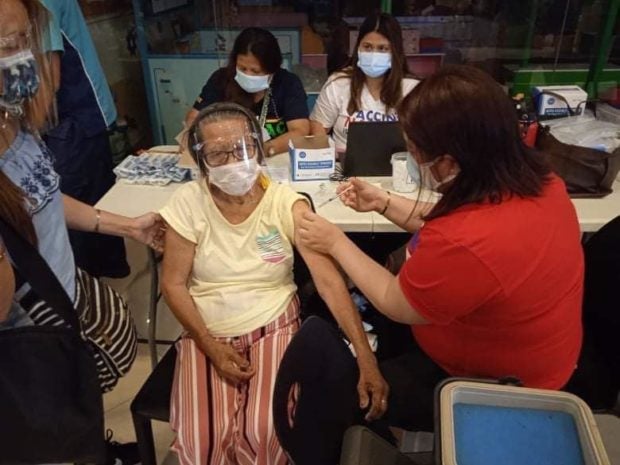 Scheduled vaccinations proceeded in Manila even as it cut off walk-in vaccination on Thursday, a day before the NCR reverts to the enhanced community quarantine. IMAGE FROM FACEBOOK / MANILA PIO

MANILA, Philippines — The Philippines has administered a total of 702,013 COVID-19 vaccine doses on Tuesday, August 3, making it the highest single-day jabs recorded since the government started its vaccination program in March, the National Task Force against COVID-19 said Thursday.

NTF said the 700,000 total was an updated figure for the recorded jabs on Tuesday, where 203,000 were from Metro Manila.

More than 200,000 doses also were administered as first doses while the rest were second shots.

This brought the total of doses administered to 21.9 million, of which 12 million were given as first doses.

NTF chief implementer Carlito Galvez Jr. said the government has aimed to accomplish the 700,000 single-day jabs in the fourth quarter of the year.

“We were able to reach this figure as early as August and it’s all because of the relentless efforts from our healthcare workers, local government units, private sector, and the Filipino people,” he said in a statement.

“This is really a product of collaboration and cooperation among all sectors. Bayanihan at its finest,” he added.

Galvez said the Philippines is expecting to receive 22.7 million more doses of COVID-19 this month.

Of the total, 3.4 million have already been delivered while 14.7 million shots were assured by different manufacturers and sources.

NTF said these assured deliveries include doses procured by the government from Sinovac, Pfizer, and Moderna. Also included are shots purchased by the private sector from AstraZeneca and Moderna.

The Philippines is likewise expecting a donation from China of one million doses of Sinopharm COVID-19 vaccines.