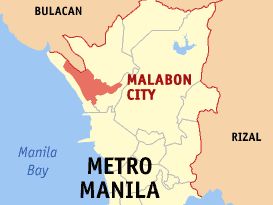 MANILA, Philippines — Around 18 grams of a crystalline substance believed to be shabu were seized from seven people in Malabon City, the Philippine Drug Enforcement Agency (PDEA) said.

According to PDEA, the buy-bust operation on Tuesday afternoon occurred inside a house along San Lorenzo Street of San Vicente Village, which is inside Malabon’s Barangay Maysilo.

The 18 grams of shabu, estimated to be worth over P112,400, were seized from the following persons:

They are all Malabon residents except for Bernardo, who hails from Caloocan City.

PDEA said that various other drug paraphernalia items were seen at the crime scene aside from the illegal substances.

The suspects are expected to face charges for violating sections of Republic Act No. 9165 or the Comprehensive Dangerous Drugs Act of 2002.