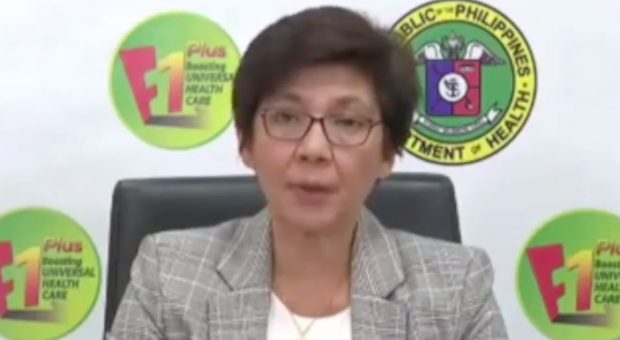 MANILA, Philippines — The Department of Health (DOH) said Monday that there is an assumption for the presence of community transmission of the COVID-19 Delta variant, but noted that there is no evidence yet to conclude this.

Health Undersecretary Maria Rosario Vergeire said proper evidence is needed to conclude if there is already community transmission of the highly contagious variant since its confirmation has international implications.

“Bago tayo makapagdeclare ng (Before we declare) community transmission, there should be evidence. And kasi, itong pagdedeklara ng ganitong (Declaring these) levels of transmission has international implications so what we do is to get evidence so we can declare such,” she told ABS-CBN’s News Channel.

“Pero ngayon (But now), we like to assume that because there is already these Delta variant cases in most areas of the country tapos nakikita natin na tumataas ang mga kaso (and we are seeing that cases are increasing), the assumption is there, but we still need to have evidence for us to officially pronounce that there is really community transmission,” she added.

Vergeire was reacting to the earlier pronouncement of the OCTA Research that community transmission of the Delta variant could already be happening in Metro Manila.

According to DOH, community transmission can be confirmed when there is an appearance of a large number of cases, occurrence of case clusters in multiple areas, and inability to link cases to known sources of infection.

In its report on Sunday, OCTA Research also said Metro Manila is under a “serious surge” after recording 1,740 COVID-19 cases on July 31—the highest count since May 10 when it was under modified enhanced community quarantine.

Vergeire, however, noted that the remarks of the independent monitoring group on the supposed surge of cases in Metro Manila is “alarming.”

“When we talk about surge, that is not a recognized term in epidemiology. We use the term based on the capacity of the health system,” Vergeire said.

“When they (OCTA Research) said there was a surge, that was really alarming and the government really reacted to that, because we were trying to manage the perception or how people will react so they can be able to manage appropriately and not panic.

“So yes, when they said there was a surge, I think they alarmed people, for which we have not seen based on evidence that there is really this surge that they say,” she added.

Vergeire noted that there is no sudden or huge rise in COVID-19 cases yet but confirmed that the cases are now continuing to increase.

The DOH has so far confirmed 216 total cases of the Delta variant.