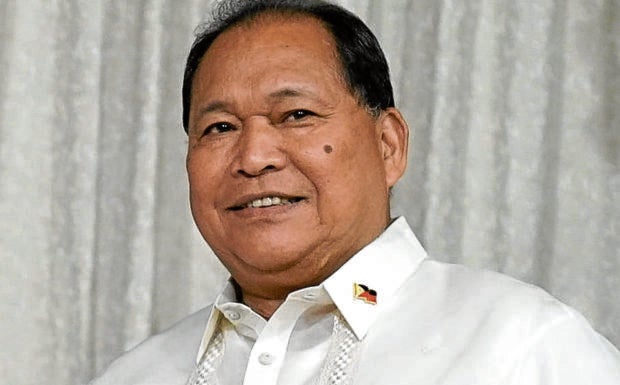 MANILA, Philippines — Malacañang has assured the public that services of the Department of Budget and Management (DBM), including the preparation of the P5-trillion national budget for 2022, would remain unhampered even after its chief, Wendel Avisado, went on medical leave to recover from his bout with COVID-19.

In a statement issued on Saturday night that quoted a DBM statement, presidential spokesperson Harry Roque said the designation of Undersecretary Tina Rose Marie Canda as officer in charge (OIC) during Avisado’s leave from Aug. 2 to 13 would ensure that “the DBM remains steadfast and committed to its mandate of promoting the efficient and effective management of the national budget to support its budget priorities especially in the midst of the pandemic.”

Roque said Avisado, 68, was hospitalized for eight days and quarantined for more than a month. The DBM chief’s doctor subsequently told him to take a medical leave so he could undergo a series of examinations as it has been 14 years since he had a quadruple open heart bypass.

Avisado was the presidential adviser of special concerns prior to his appointment as DBM chief in August 2019, succeeding then Secretary Benjamin Diokno, who was named Bangko Sentral ng Pilipinas governor.

An opposition lawmaker, however, said he was worried that the medical leave of Avisado would affect the 2022 budget preparation, including the possible provision of the much-needed cash aid for affected individuals after the reimposition of the enhanced community quarantine (ECQ) in some parts of the country.

“The timing is truly lamentable considering that we are on the verge of a surge of the Delta variant and about to enter another hard lockdown and people need ayuda (aid) from the government,” House Deputy Minority Leader and Bayan Muna Rep. Carlos Zarate said in a statement on Sunday.

Avisado told the Inquirer on Friday that the government was still looking for funds for possible dole-out to individuals who would be affected by the ECQ.

“Was he able to find the budget to help our people before the ECQ is implemented?” Zarate asked.

Avisado’s leave also came as the executive department has yet to submit to Congress its budget proposal for 2022. Under the law, the President must submit the proposed budget within 30 days following his State of the Nation Address (Sona) last July 26.

“Is it done already? There is a need to immediately tackle the budget as we are still in the middle of a raging, surging pandemic; we must all act with urgency,” Zarate said.

But ACT-CIS party list Rep. Eric Yap, House appropriations committee chair, and Albay Rep. Joey Salceda, ways and means committee chair, said they were confident that the preparation and submission of the budget would not be delayed by Avisado’s medical leave.

“OIC and Undersecretary Tina Canda is there. She can do it,” Yap told the Inquirer in a Viber message.

In a separate Viber message, Salceda said Avisado’s medical leave would not have any impact on the submission of the 2022 budget as the secretary has “already given the direction.”

“We in Congress hope to finish the budget deliberations early, perhaps by September, so that we can pursue other reforms as requested by President Duterte in his (Sona),” he said.

Salceda denied rumors that Avisado was fired but has been allowed to save face by resigning, insisting that the budget chief was just on medical leave.

“I wish Secretary Avisado a speedy recovery and I hope he is able to return to service in time for the budget deliberations on the House floor,” he said.

The chair of the Senate finance panel on Sunday also said he wished Avisado well.

Whether Avisado’s absence was temporary or permanent, Sen. Sonny Angara said it should not stall the deliberations on the proposed budget for 2022 in the House of Representatives and the Senate.

The executive department is expected to submit the President’s budget to the two legislative chambers soon.

Angara said he was also optimistic that the enforcement of stricter protocols under the ECQ in the next few weeks would not set back Congress’ timetable on the passage of next year’s budget.

—WITH REPORTS FROM DJ YAP AND NESTOR CORRALES