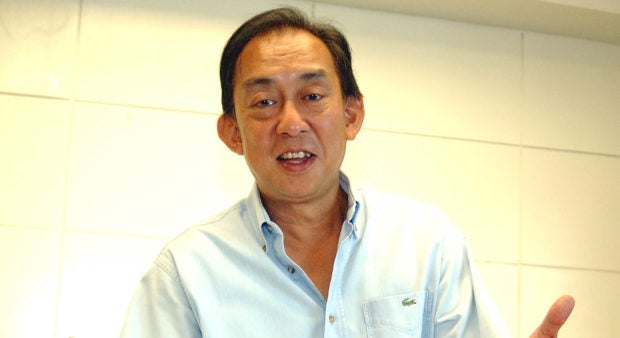 TARLAC CITY, Tarlac, Philippines — Former Tarlac Rep. Herminio “Hermie” Aquino died on Saturday due to a lingering illness, according to one of his closest friends, Mayor Reynaldo Catacutan of Capas town. He was 72.

Hermie, who was chair of political party Aksyon Demokratiko, died at The Medical City in Pasig. He was being treated for cancer of the esophagus, said another friend, Ernesto Ilagan Jr.

The Aquino family has yet to release funeral details as of Sunday afternoon. But friends said wakes had been scheduled in Manila on Aug. 3 and Aug. 4.

Because of travel restrictions due to the stricter quarantines, the family may not be permitted to take his remains back to his hometown of Concepcion in Tarlac, the friends said.

Hermie served as representative of Tarlac’s 3rd district from 1987 to 1998 and was Tarlac vice governor in 1998. His running mate at the time was Gov. Jose “Aping” Yap.

Hermie also served as member of Task Force Pinatubo, and oversaw the defunct Ministry of Human Settlements when the late President Corazon Aquino assumed the reins of government following the ouster of the late dictator Ferdinand Marcos.

He was the youngest son of revolutionary Gen. Servillano Aquino (for whom the Tarlac headquarters of the Northern Luzon Command of the Armed Forces of Philippines was named). Servillano fought the Spanish colonial government alongside Tarlac liberator and fellow revolutionary general Francisco Macabulos.

The last public event Hermie had attended was on Feb. 3 during the unveiling of the historic marker in Concepcion town, which honored Servillano on his 62nd death anniversary.

The marker was installed at BS Aquino Sr. Memorial Plaza by the National Historical Commission of the Philippines, the Concepcion government, and Center for Tarlaqueño Studies of the Tarlac State University.